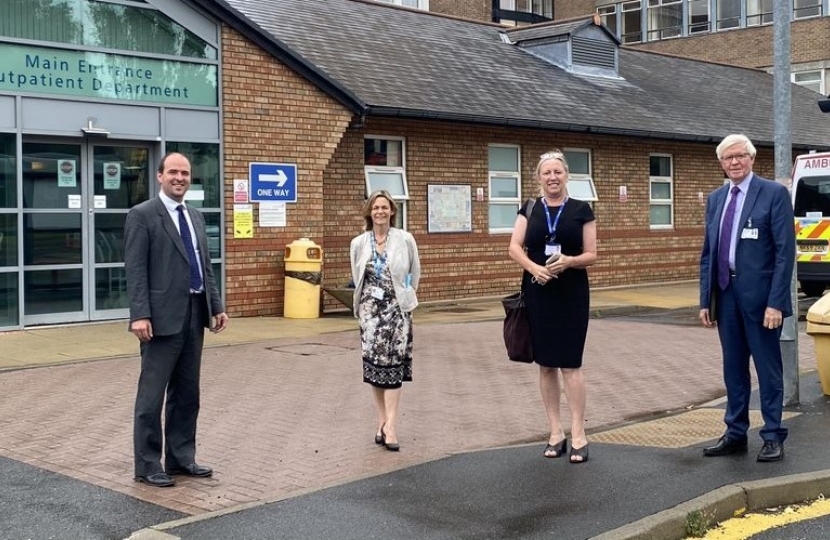 Richard Holden MP is working on a replacement for Shotley Bridge Community Hospital, which you can read about here and here. One of Richard’s key commitments to the constituents of North West Durham during the election campaign and upon becoming MP was that he would campaign for our local NHS.

Richard is the first Member of Parliament to ever mention Shotley Bridge at Prime Minister’s Questions, where he got assurances from both the Prime Minister and the Health Secretary that they would look at delivering a replacement hospital.

Following questions in Parliament, Richard has also highlighted the costs of upkeep and repair of the current hospital, running at over £1m a year, which you can read about here. Richard believes that this money should be going into front-line local services, rather than into running the constantly needed repairs and maintenance of a building.

Please complete the survey on this page about health services and Shotley Bridge Hospital in North West Durham.

Richard was elected to serve the people of North West Durham and your views are really important to him.