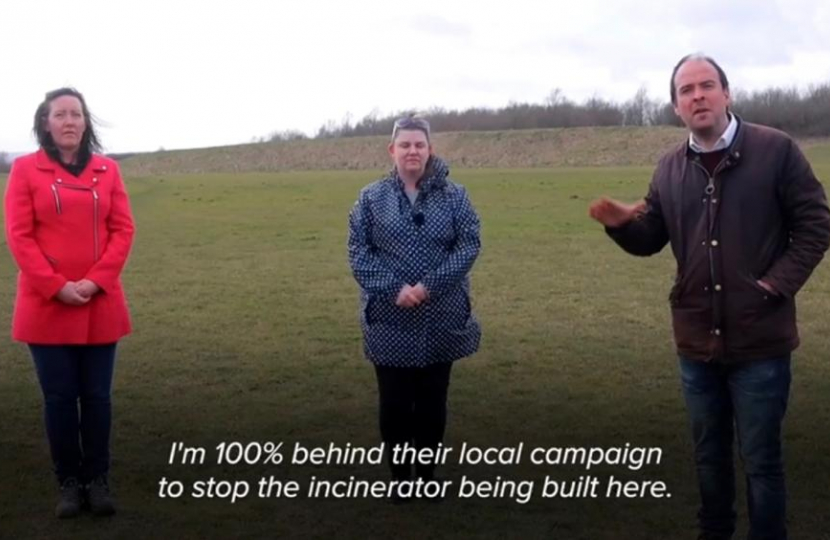 Richard Holden MP today launched a survey about the proposed waste to energy plant on the Hownsgill Industrial Estate in Consett, also known as the Consett Incinerator.

After almost ten attempts over the last few months, Richard has managed to secure a debate in the House of Commons on Tuesday 8th February to raise the matter and is keen to hear from as many North West Durham constituents as possible during this time.

Richard backed Councillors Michelle Watson and Angela Sterling for Delves Lane Ward in the campaign against the incinerator in the run up to the 2021 local elections and has held regular meetings with them since. In local planning decisions, Richard, as the local Member of Parliament, does not have any formal role, however he can support our local Councillors and their decision and raise the concerns of local people at a national level.

Since their election, Michelle and Angela have worked with other councillors across our towns and villages and, last year, our Durham County Councillors rejected the proposed incinerator plan.

However, it now appears that the developer is considering an appeal against this decision.

Richard wants your views ahead of his debate in Parliament to ensure that he can communicate on behalf of as many of his constituents as possible in Parliament this week.