Bids are in, the County of Culture gathers pace 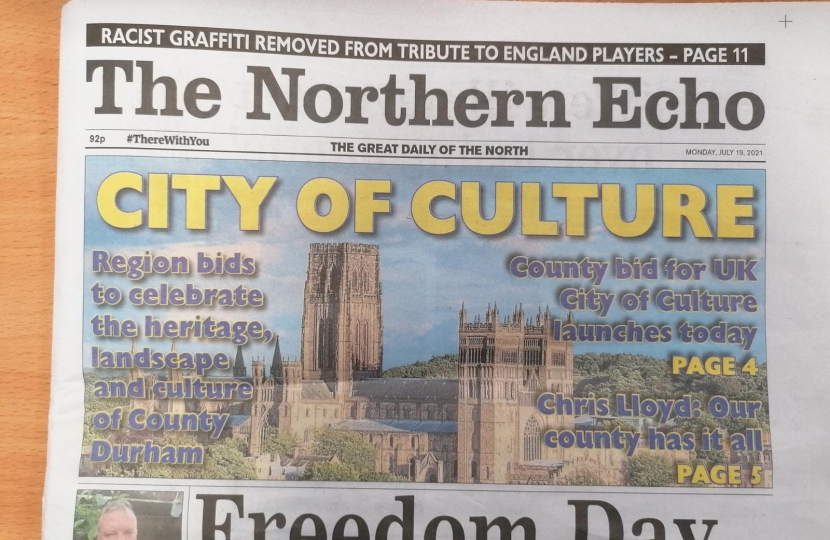 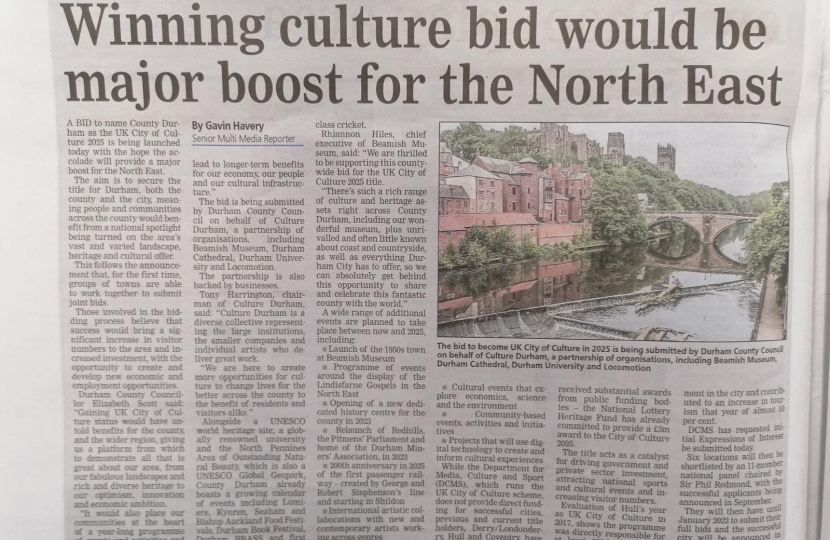 The deadline for submissions of interest for the City of Culture award closed yesterday. County Durham is one of those being considered, following the campaign to bid instead for a County of Culture started by Richard Holden, MP for North West Durham. You can see the details of the bid on the council website.

Almost as soon as it was announced, Richard Holden's campaign took hold when it was backed by his colleagues Paul Howell and Dehenna Davison, MPs for Sedgefield and Bishop Auckland respectively, which you can read about here.

With the deadline now past and the bid lodged, the campaign has picked up both in the press, which you can read about over the last two days in the Northern Echo here and here, and across the country, with places like the Scottish Marches also now considering an area-wide bid.

Richard Holden's idea for a county of culture has also be picked up on by the Department of Culture, Media and Sport, as intimated when he and his colleagues met with officials from the department. Richard Holden hopes that by winning the award, County Durham, historically isolated from the rest of the country, will be able to showcase its rich culture and natural beauty.

"Getting our ‘County’ together for our 2025 bid is wonderful. From the stunning wilderness of the North Pennines to the Seaham Coast, we’ve got so much to offer. I’m 100% behind our County bidding for this and really hope that we progress well through the competition.

“Following my meeting last week with the Officials from DCMS, it’s clear that my, Paul, and Dehenna’s push for this to be a real ‘County of Culture’ bid is within the criteria as we have a real, collective cultural identity.

“Now we just need to make the most of it!”