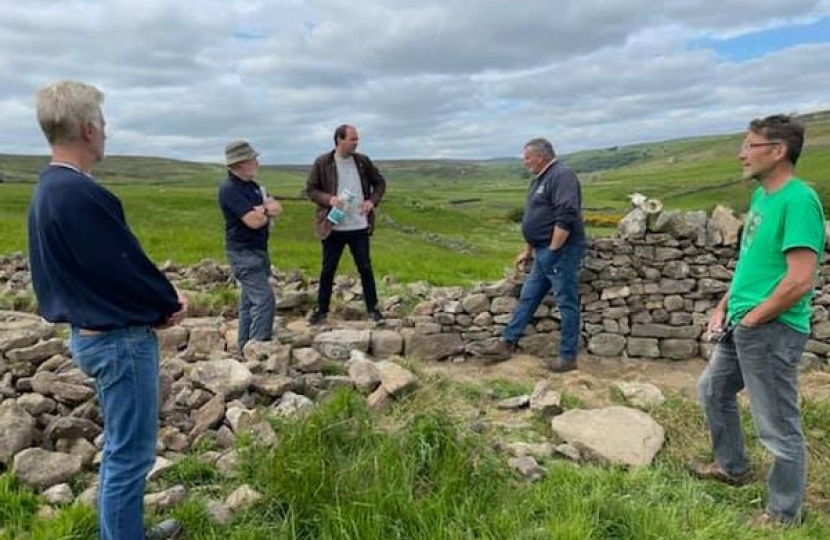 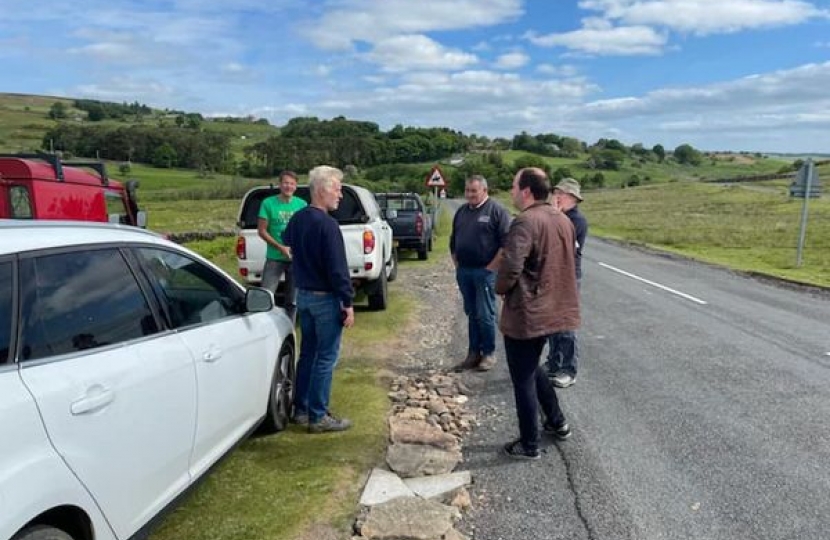 Richard Holden, MP for Durham North West, was welcomed by the Northumbrian branch of the Dry Stone Walling Association (DSWA) at their site between Edmundbyers and Stanhope.  Worried, as those before them have, about passing down this old craft, they shared their concerns about the new Environmental Land Management (ELM) scheme which is to replace the current basic payment scheme for farmers.

On the visit Richard said "Weardale would not be Weardale without dry stone walls lying lazily across the fields, weathering in the face of Time. It is sometimes thought that such crafts also sit there and weather, waiting to crumble in time, so I was pleased to see how walling has been handed down from people to people for generations.

"I had a really lovely time learning about dry stone walling and meeting those who are keeping the skill alive.  As well as being important to farmers, dry stone walls are home to a great life of small animals and plants. Though costlier and longer to put up, I much rather see a dry stone wall built and think it would be quite sad to lose such a skill in our country and rural families.

"At the moment grants of up to £25 per metre are available which helps farmers repair their crumbling walls and build new ones to stand for centuries. Having come here, enjoyed myself and learn so much about the skill it takes to build these walls, I will be pushing ministers to look at the part walling should play in the broader new ELM scheme being introduced."