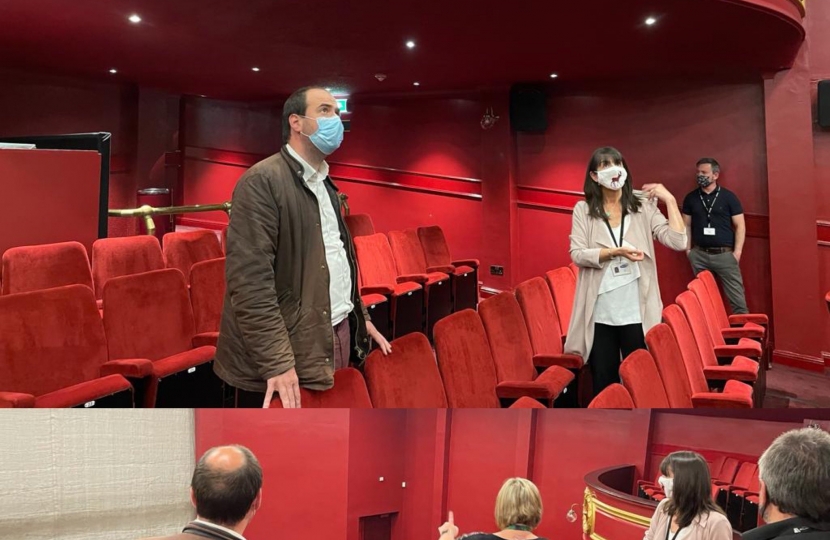 On Tuesday, when the Conservative MPs for Durham wrote to the Culture Secretary, the Rt Hon. Oliver Dowden CBE, they wanted to meet and put to him an unusual bid. They were not just bidding for Durham as a city of culture but as a whole county, to coincide with the celebrations for the 200 years of the modern railway in Shildon and Richard's campaign to save the Durham Light Infantry museum.

Richard and his colleagues Dehenna Davison and Paul Howell, MPs for Bishop Auckland and Sedgefield respectively, are keen to showcase culture from across their constituencies and have the whole County Durham welcome the rest of the country.

Since the idea has caught on with Richard Holden, MP for North West Durham, making the case both in Durham and Westminster. You can hear him with Alfie Joey on BBC Radio Newcastle (from the 1:40 mark) and watch him one ITV Tyne Tees. You can also read the stories so far about the County of Culture in The Northern Echo, The Chronicle and Durham Magazine.

“Crowned as the UK’s City of Culture this year, Coventry has kickstarted our country’s cultural recovery from Coronavirus.

“County Durham has a proud cultural history, from the fascinating National Railway Museum in Shildon, to the recently restored Prince Bishops’ Castle in Bishop Auckland, to the Seaham seafront, the Bowes Museum in Teesdale, our Museum of Mining in Killhope and the through to the ancient Cathedral City of Durham itself.

“The past focus on a ‘City of Culture’ could be opened to include a whole county’s historic culture. If County Durham is to bid, my colleagues and I are keen to have a broader bid than just for the City of Durham itself. We believe a bid should be centred in the towns and villages spread across County Durham.

“Successful, the County of Culture award would not only be a momentous marker in our county’s levelling up, bringing tourism and creating jobs in across the county, but with a year of parties, music, exhibitions and events, it would also be a fantastic way to show off the best of County Durham."