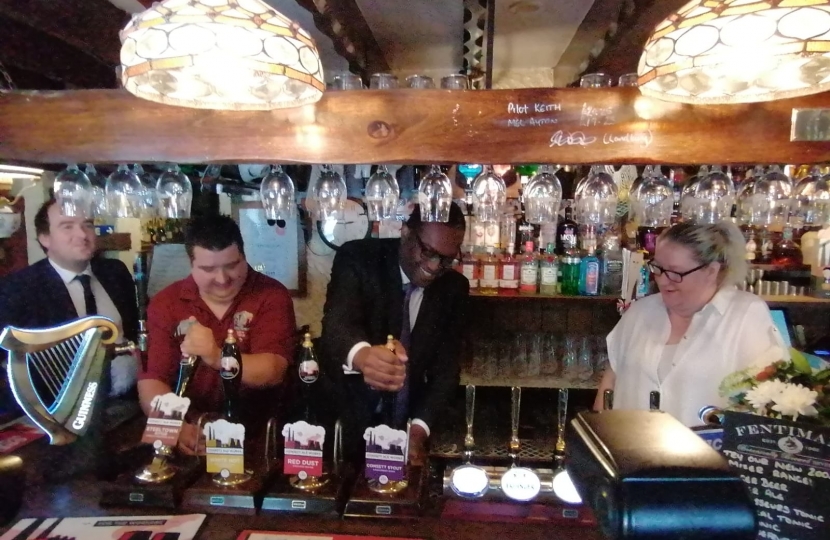 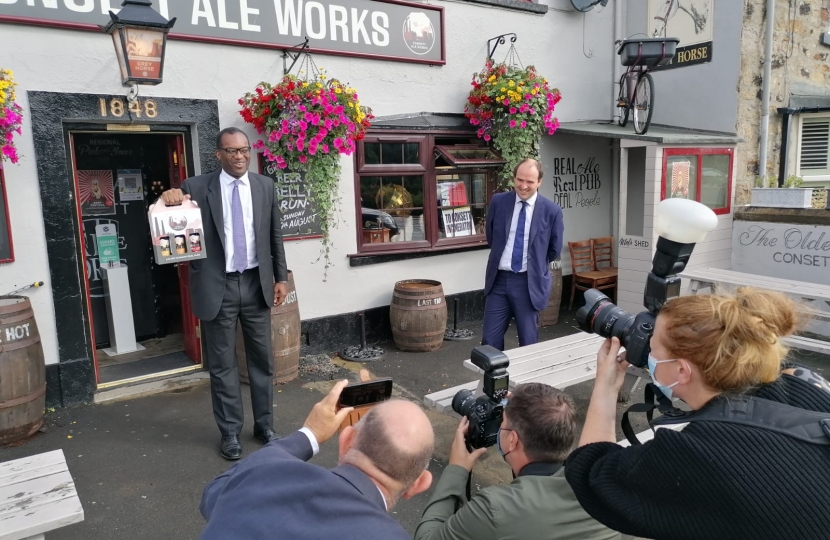 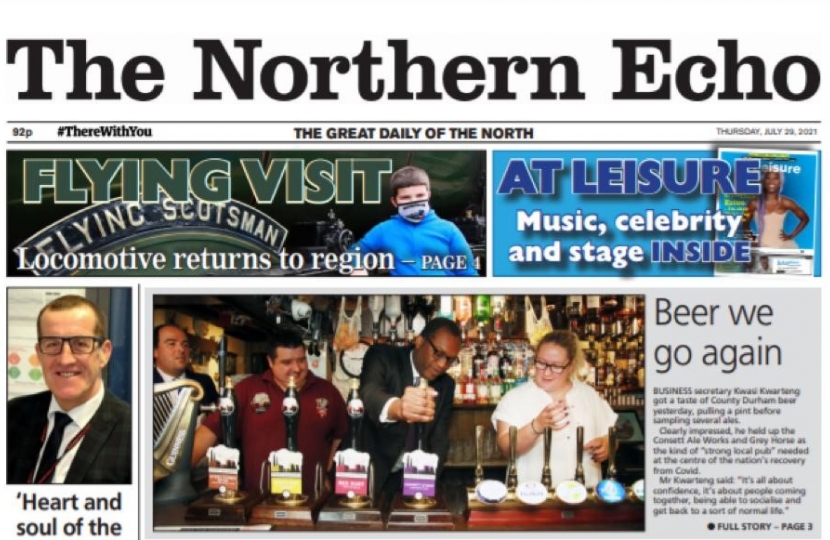 Mr Holden took the Business Secretary to the Consett Ale Works, an award winning local brewery whose tap house The Grey Horse is the oldest pub in Consett and one of the oldest pubs in North West Durham.

This visit is a show of confidence not only for local businesses but for the part the North East has been promised to play as we build back better. You can read about in the Northern Echo and the Newcastle Chronicle.

"Today, the Business Secretary Kwasi Kwarteng came to the The Grey Horse and Consett Ale Works as hospitality businesses in our towns and villages look to the summer and fully open-up.

"Kwasi’s been a superb champion of businesses in the region from investment in Teesside to the recent news from Nissan and he gets the opportunities and challenges we face.

"Managed to get a bit of lobbying for levelling up funding in too as well as for my campaign for lower beer duty for draught beer too!”

"I’ve been extremely impressed with everything here. I think it’s s great example of a strong local business with huge character.

“I think it’s got a unique offer and I think that’s why I can imagine people coming here specifically to come to the this pub.

“I think it’s vitally important coming out of Covid a business like this does well, because it’s all about confidence. It's about people coming together, being able to socialise and get back to a sort of normal life.

“And I think, absolutely at the centre of any recovery, is a strong good local pub.”

On the Government’s levelling up he said:

“I think that the opportunity here in the North-East generally and bits of the North-West is generational. We have landed investment GE Renewable Energy, we’ve landed Smulders, who have invested in Newcastle, Nissan in Sunderland – and that is just in the last three months. So literally thousands of jobs have been created, because they can see there is a real spread of enterprise here. And there is a very mobilised, motivated and talented workforce and lots of strong local pride.

“I think all we needed really was belief and obviously the capital and investment can flow into an area, where there is somebody the Government is leading into.

“I think Richard is doing great job representing North West Durham in parliament and I think working together with local leaders like Ben (Houchen, Mayor of Tees Valley) and Richard, the Government can really drive a very strong agenda.”

“It seems to me the opportunity we have post-Covid, with the net zero agenda and with the levelling up agenda, is one of the most exciting economic opportunities for Britain in 50 to 60 years – and we have got to get it right. We’ve got to keep focused on that and believe in ourselves. Everywhere I go in the North East I see a spread of enterprise trying to make things happen. It’s really encouraging.”

I hold weekly surgeries for constituents who want to discuss any issues – I’ve spoken to people about an enormous range of things, from housing problems and benefits issues to people having issues with their bin collections to people who have concerns about their mobile phone contracts.