Richard visits Nissan with the Prime Minister and the Business Secretary 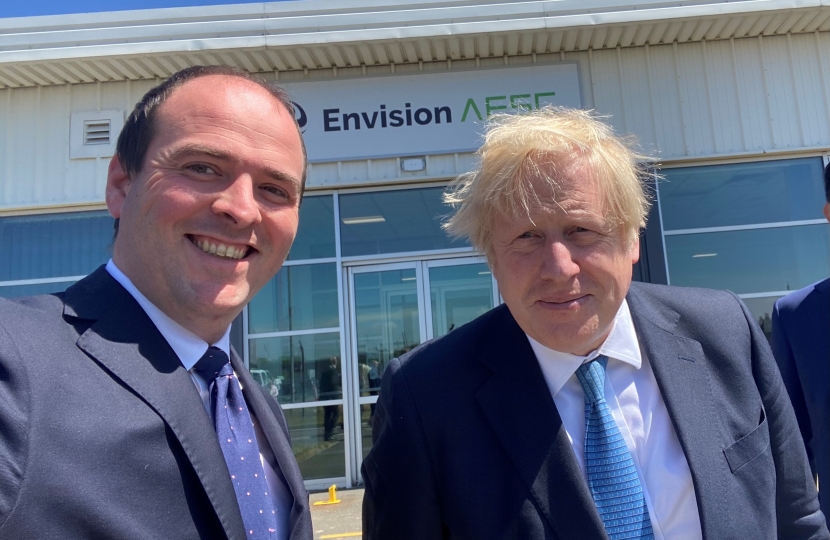 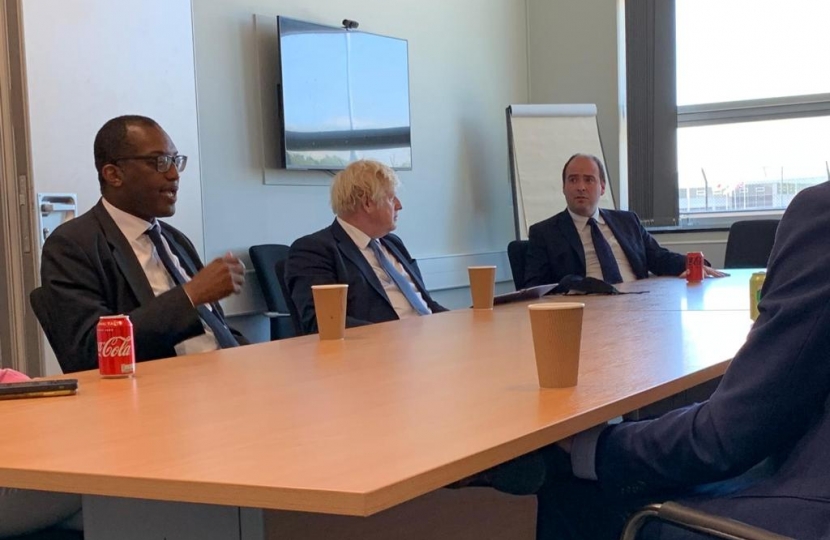 Richard Holden, Member of Parliament for North West Durham, joined the Prime Minister and the Business Secretary on their visit to the Nissan factory in Sunderland.

Sunderland has been Nissan's UK flagship factory for many years and showing confidence in a post-Brexit Britain it has been chosen for another  £1bn of investment. Of that, £423m will go to producing a new electric vehicle in the UK, following Nissan’s existing electric model the Leaf. Production of this new model will create 909 new jobs directly and more than 4,500 throughout its Nissan’s supply chain. Nissan’s partner Envision is also building a new gigafactory next door which will power up to 100,000 Nissan electric cars a year, creating 750 new jobs and securing 300 existing ones.

This announcement spearheads the Government's ambitious levelling up, delivering on the promises it made of a thriving, free-trading future for the whole country. It is also proof not only of the Government's commitment to slowing climate change but also its charge to build back greener with the United Kingdom at the technological forefront.

On site, testing one of the models, the Prime Minister said “Nissan's announcement to build its new generation all-electric vehicle in Sunderland, alongside a new gigafactory from Envision-AESC, is a major vote of confidence in the UK and our highly-skilled workers in the North East."

The Rt Hon. Kwasi Kwarteng, the Secretary of State for Business said “I think Nissan’s investment here in Sunderland is a really really good news story.

“We are delighted they are going to be creating 1,600 new jobs between them. These are very well paid jobs and I think it is an excellent development here in the North East and also for the UK.”

Richard said: “ I have been speaking to the Government for a long time on behalf of Nissan, a major employer in the North East and of my constituents in North West Durham.

“It was great to be with the Prime Minister on site and see first-hand from where Britain and the North East will lead the world. This investment is a clear step up in the future of motor-manufacturing in the North East and crucial to the levelling up agenda to create long-term, high-skilled, well-payed jobs.”