Another Step to Re-open the DLI Museum 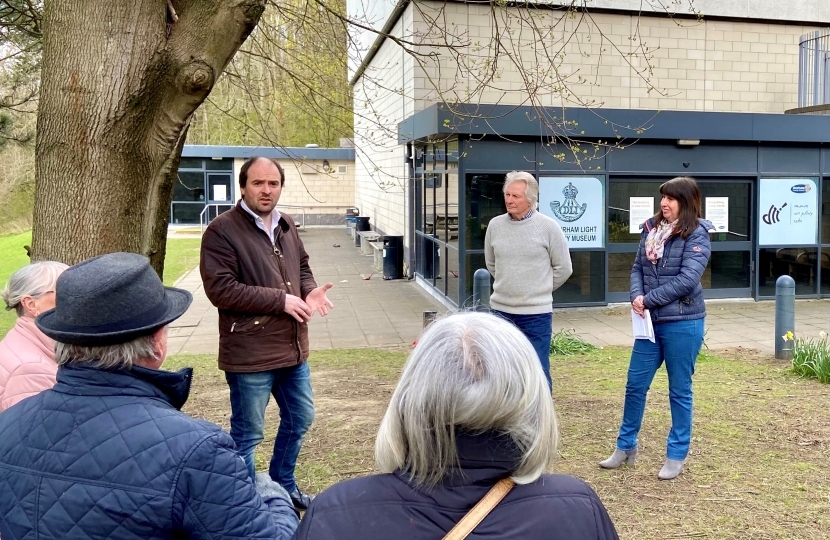 Under the new Joint Administration, Durham County Council today approved further development work to be carried out into proposals to bring the former Durham Light Infantry (DLI) Museum back into use as a gallery and exhibition space with a café.

When Mr Holden was elected, he found the site closed by Labour mismanagement and lack of planning.

It was clear to Mr Holden that to have the site closed made no sense. Most absurd, that it cost more to store the collection than it would have to keep the museum open. It was also a loss to the proud martial culture of County Durham and to the memories of service and sacrifice that mean so much to so many local families.

From the moment the council closed the museum, a campaign was set up to bring it back. Mr Holden visited the closed sit and met with campaigners who are keen to see it reopened and the collection displayed. Richard expressed his desire to see a permanent exhibition space for the DLI opened in North West Durham, and discussed with the group what the loss of the museum has meant to veterans, the wider community and the history and culture of North West Durham. You can read about Mr Holden's push for this campaign here.

This latest announcement shows how Mr Holden working with the new Joint Administration have been able to do better for the people of County Durham and value the history and service of the county.

“I am absolutely delighted that the council are properly looking into re-opening the DLI museum.

“The campaigners for this have fought a tireless campaign against the decision of the former Labour Administration to close the museum and put the vast majority of the collection into storage – costing more than it would have to have simply kept the museum open.

“Conservative council candidates campaigned hard to get this back on the agenda at the local elections with support of myself and the other Conservative MPs in County Durham.

“I am delighted that the new Joint Administration are taking this issue seriously and look forward to further progress, especially with the County of Culture bid for 2025.”