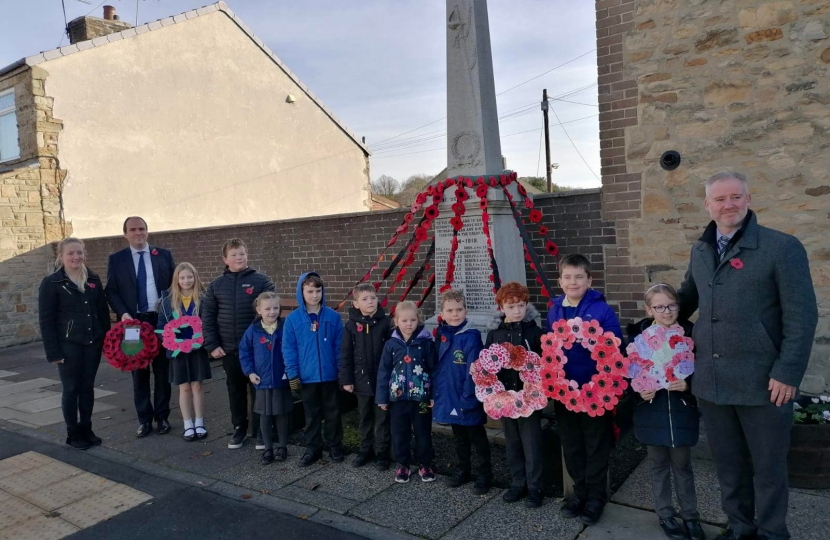 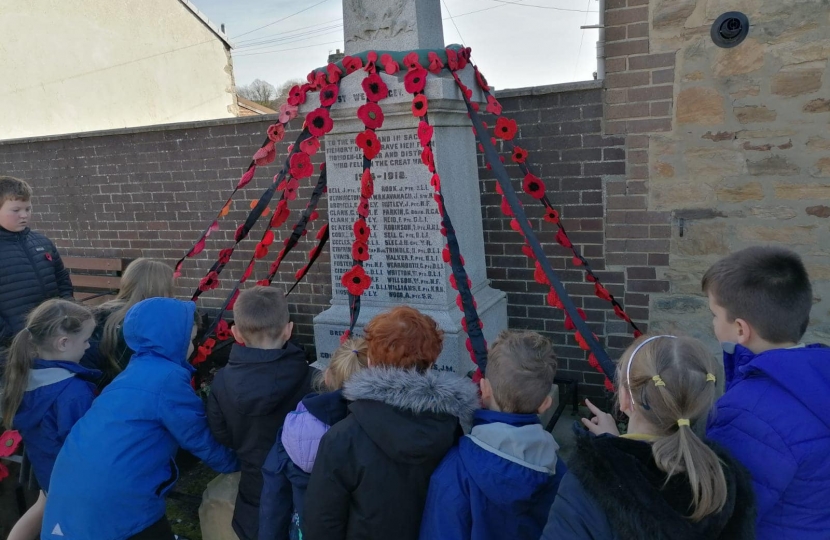 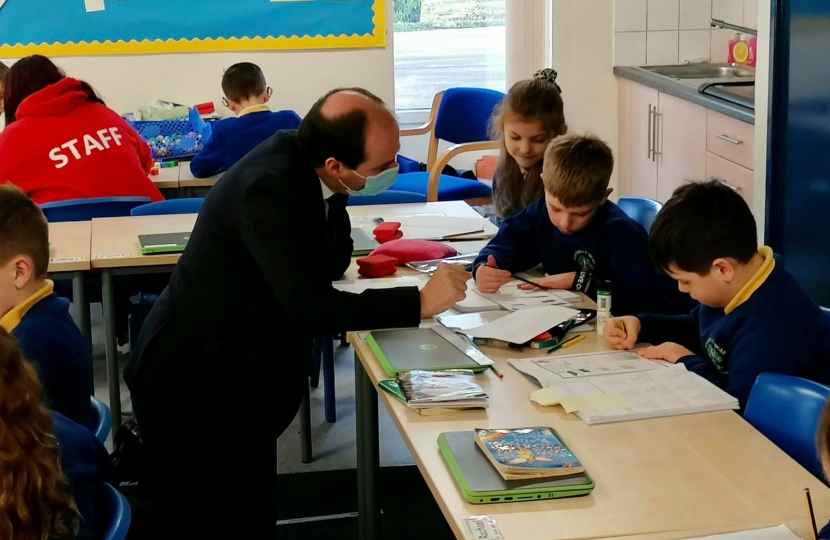 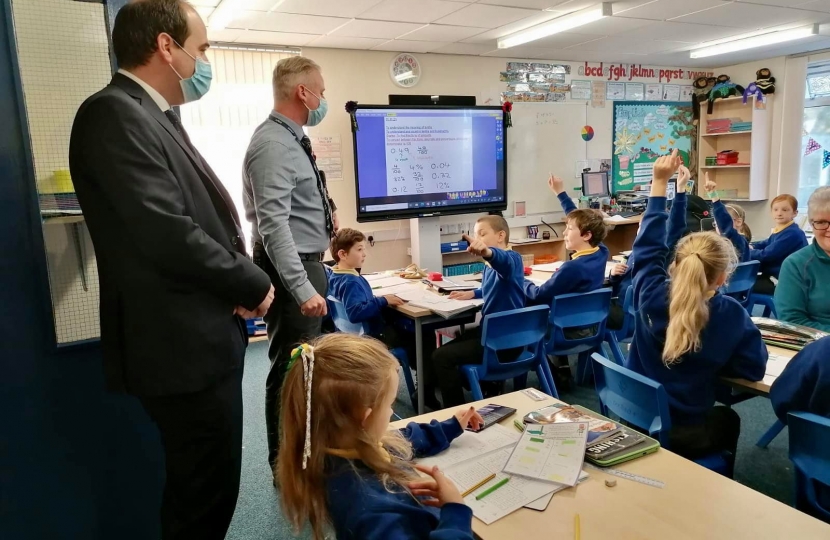 At 1100 on the 11th November 2021, Richard visited the war memorial in Howden-Le-Wear with children from Howden-Le-Wear Primary school for the two minutes silence.

Howden is a clearly a wonderful primary school with  the staff there, headed by Mr Baines, always putting the children first. In addition to attending the War Memorial with the children, Richard also visited the school and met children in many classes and took questions from year 6 about his role as an MP.

"It was lovely to meet so many interesting and engaged children in all year groups and year 5 & 6 had some great questions.

"What was most moving though was attending the village cenotaph at 1100 with them. The children had made their own wreaths in their classes, which were lovely. Including one where each child had dipped their own finger in red paint and covered the wreath.

"The thing that got to me most today though, as someone who one day might have to vote to send people to war, was meeting the children of men and women currently serving in our armed forces who attend Howden Primary School. Little ones of five and six who are so proud of their parents.

"It served to remind me that the names on our war memorials are individual men and women from our towns and villages. But they’re also peoples children, siblings and parents and each individual loss will have touched many lives."