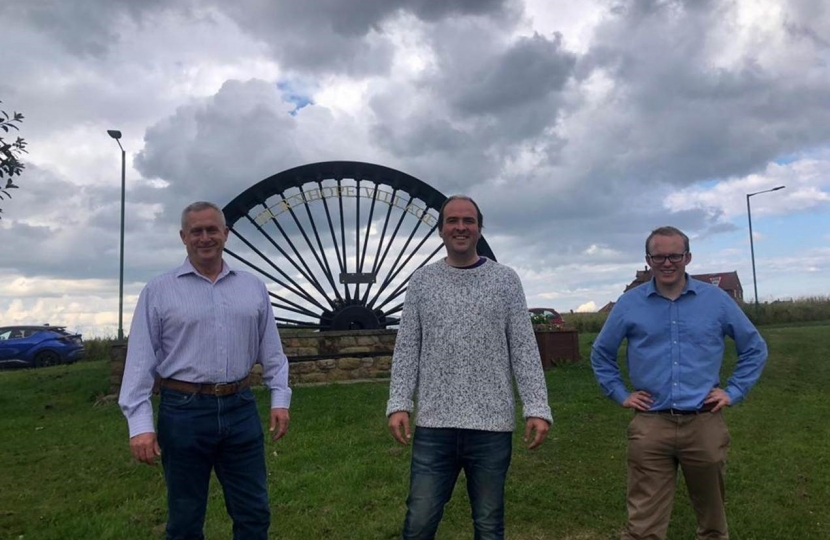 It's an issue that Richard has been raising with Durham County Council and Go North East since he was elected and has had lots of meetings with the bus company and others about it over the last few months as well as working with local Councillors Mike McGaun and Doug Oliver - Councillors for Lanchester, Burnhope and Castleside. Finally, we're now seeing an improvement for the the people of Burnhope.

In the summer, the decision was made to end the hourly No 30 bus route between Stanley & Lanchester via Burnhope. However, after much work with the Council and the Bus Company, it has been ensured that the No 6 bus route will be extended to replace the No 30. (Full timetable here: http://www.gonortheast.co.uk/services/GNE/6...)

This will be a significant improvement to the hourly service, meaning customers will now be able to get from Burnhope to Lanchester but significantly also to Newcastle City Centre via the MetroCentre every hour without even having to change, making education, employment and leisure opportunities more available to local people. It's a massive step in the right direction for local connectivity.

This is just the latest in a series of local campaigns Richard been running and supporting to improve local transport with:

1.) The recent successful bid for the Restoring Your Railways Ideas Fund for a Feasibility study for the #WeardaleRailway >>> http://www.thenorthernecho.co.uk/.../19679991.county.../

2.) The great news about the #ToftHillBypass on the #A68 from Dehenna Davison working with Durham County Council that Richard has wholly supported from the start >>> http://www.thenorthernecho.co.uk/.../19679023.5-projects.../

3.) As well as the feasibility study (which Richard secured earlier this year) reporting in November/December into improved cycling and walking, disabled access + possible public transport options to improve access from #Consett to the Tyne