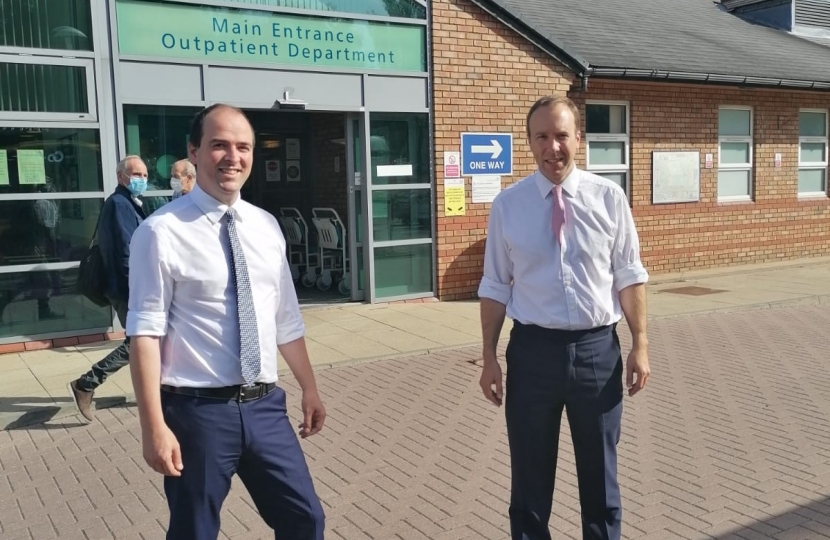 Richard Holden MP recently conducted an online survey amongst his local community about their thoughts regarding local health needs, including whether local people thought that his campaign for a new community hospital to replace Shotley bridge was a good idea.  Over 400 responses were received with very strong agreement with the idea of building a new community hospital elsewhere to replace the ageing facility at Shotley Bridge that is currently costing well over £1m a year in repairs to keep it ticking over alone.

On the Overall question of whether people supported Richard's campaign for a new community hospital:

An overwhelming majority of supporters of all political parties and non-voters backed the plan.

Recently Richard visited Shotley Bridge with Health Secretary, Matt Hancock, after raising the issue many times in Parliament and in private meetings.

Richard Holden MP said: "This survey has been really useful in gathering support for my campaign for a new community hospital to replace Shotley Bridge, It's also highlighted other areas of local concern - particularly mental health and dementia care as well as issues around accessing Accident and Emergency Services.  It's really important to listen to the concerns and needs of local people and I am absolutely delighted that so many are supportive of this local campaign.  Whether local people voted for me or not I am determined to deliver for them.  For too long our communities in North West Durham have been taken for granted and frankly neglected. I'm determined to put that right and a new community hospital would be a big part of that. Consett and the surrounding area have grown substantially in recent years and we need facilities that keep up with that growth.

"I will keep campaigning until we get a new community hospital and would like to thank local people for the huge amount of support they're continuing to give me to to fight on their behalf for this vital project."

Keep up to date with how Richard's campaigning for our community