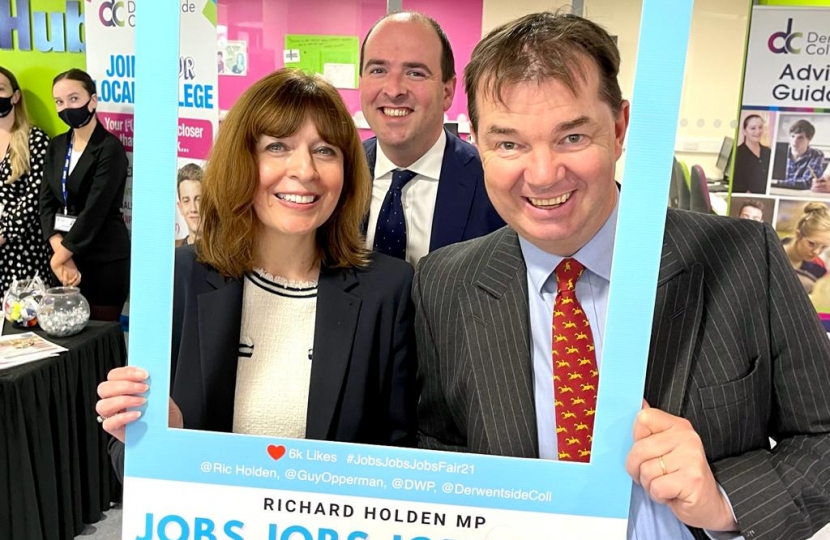 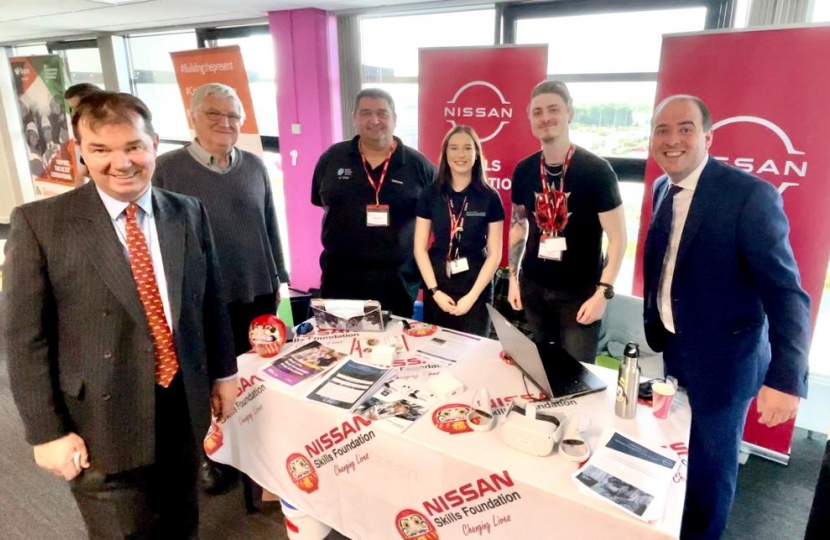 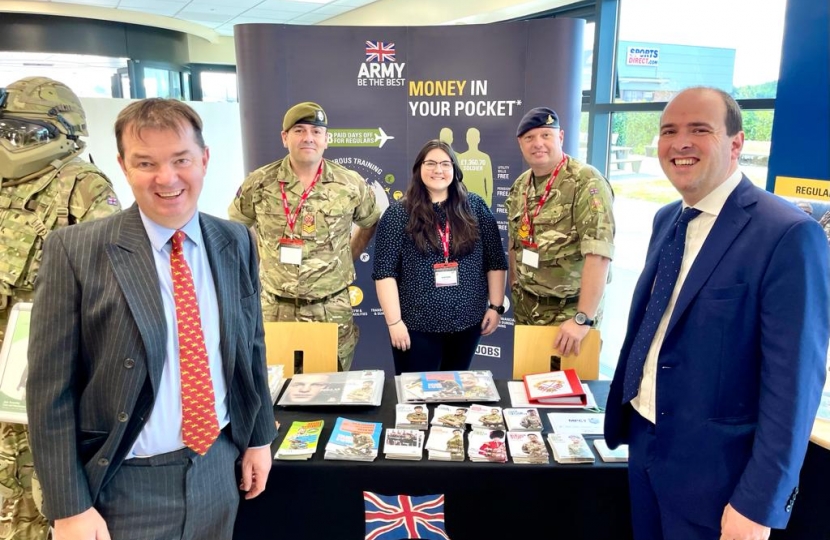 Richard Holden, MP for North West Durham, hosted his inaugural ‘Jobs, Jobs, Jobs’ fair on Friday at Derwentside College. The fair was supported by Work Minister and Hexham MP Guy Opperman. Over 400 people of all ages from across North West Durham attended, with many applying for jobs on the day. You can read about it in The Northern Echo.

Mr Holden invited local and national employers, such as Erwin Hymer, Amazon, Nissan, Go North East, the Fire Service, B&Q, Network Rail, Balfour Beatty, ALDI, the Army and the NHS, to bring employers and local people together after what he described as a ‘tough last year’.

With over 35 employers hiring on the day, offering roles ranging from catering to advanced engineering, Work Minister Guy Opperman praised Derwentside College and Richard Holden MP for helping to ‘level-up’ the North East.

Scores of those attending secured interviews to taking over the next week, with many more set for follow up calls with further details. It was so successful that Richard Holden MP will host another jobs fair in the future, due to the demand from both local people and businesses.

“I know how tough the last year is been for many people locally. However, I am determined to ensure that we build back better from the pandemic. North East employers need workers now and there are lots of people looking for jobs, so I am delighted that 35 exhibitors and over 400 local people came together today at my inaugural ‘Jobs Jobs Jobs’ Fair.

“It was superb to be supported by the Government, with Guy Opperman coming by. Our local Jobcentre, my team in Consett and Derwentside College have been fabulous. For me, getting people into good, long-term jobs is at the core of the levelling-up agenda I was elected to deliver and I’ll do everything I can for local people.”

“It was amazing to be at Derwentside College with my good friend and constituency neighbour Richard Holden.

“Hats off to Richard for making it happen and to the College for hosting this fantastic jobs fair. There were opportunities to earn and learn, opportunities with the Army, the Fire Brigade, in civil engineering, care. You name it, opportunities were plenty today.

“Certainly, the two of us working as constituency MPs fully support that we need to get Jobs Jobs Jobs going forward, as we level up.”