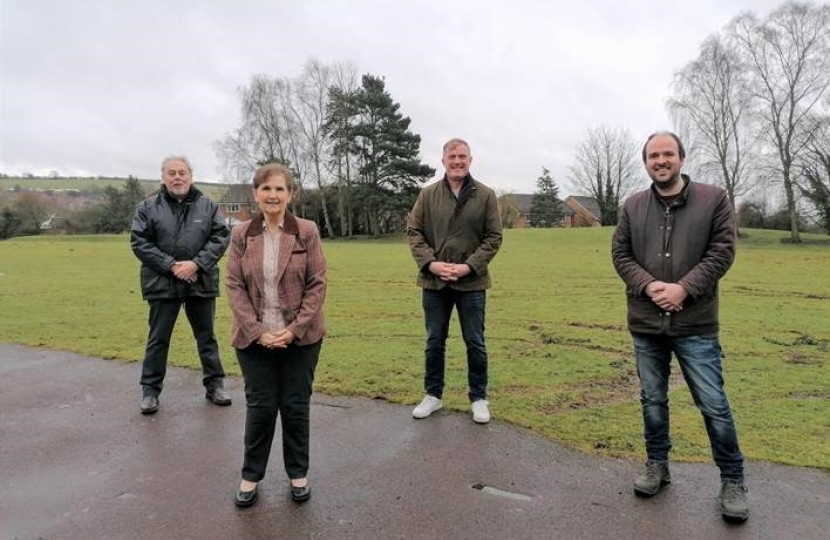 The Government promised to level up the country and Mr Holden to level up North West Durham. As part of it, every constituency in the country gets a chance to bid into the £4.8 billion 'levelling up fund' for something local, in addition to the national programmes. Only one in three bids will make it through and Richard Holden MP is doing everything possible to show mass public support for a proposal.

Richard Holden MP and Conservative Councillors for Crook Patricia Jopling and Mike Currah delivered thousands of letters to local people and there have been the thick end of 1,000 responses to the survey.

For North West Durham, Mr Holden has asked the new jointly administered Council to work with him on a bid for the three town area of Crook, Willington and Tow Law. Over the summer Mr Holden campaigned specifically for that bid to include a new pool in Crook, a decade after it was closed by the then Labourcontrolled Durham County Council and excluded from the Leisure Plan by the council in March, before the local election.

The response to the survey, from people across North West Durham, makes it clear that they want to see a new pool in Crook as part of a wider plan to level up which would also include the regeneration of Willington Town Centre and improvements to Tow Law, particularly in terms of transport and parking in the centre of the town.

“The swimming pool was closed and swiftly demolished in the autumn of 2011 by the then Labour Council, who had no plans for a local replacement.

“It is clear that people in Crook did not want the pool to close and have missed it ever since. Children in Crook should be able to learn to swim locally. More than that, the pandemic has also shown us how important these facilities are for everyone’s health and wellbeing.

“As part of my promise to level up, I am leading a bid for North West Durham which would cover Willington, Crook and Tow Law. The results of the survey are clear, this is what people want and I will keep pushing to deliver it. I was elected on a manifesto to fight to level up North West Durham after decades of decline and alongside the extra £30 million I have secured for the new Community Hospital to replace Shotley Bridge in Consett and my bids for transport infrastructure, this bid for regeneration in Crook, Willington and Tow Law is crucial and I want to give it the best possible chance of success and involve local people every step of the way.”