Prime Minister Commits to Levelling Up 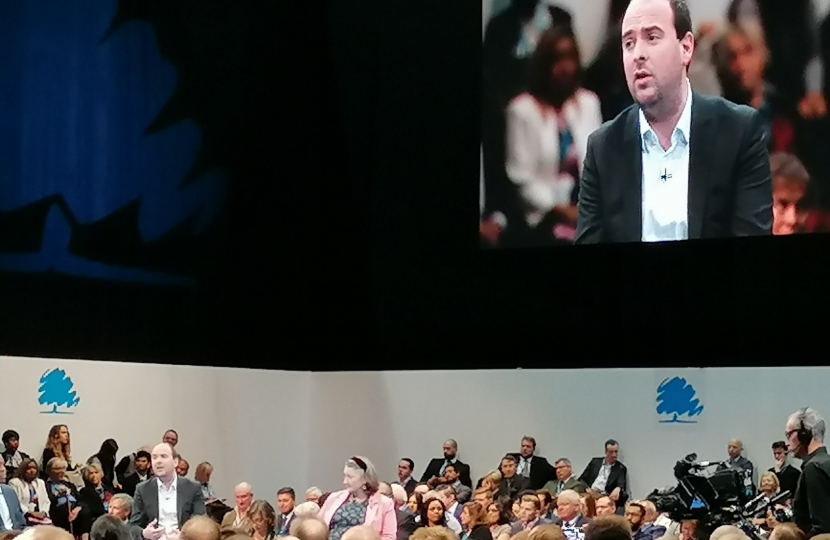 Following the Prime Minister's powerful speech at the Conservative Party Conference, Mr Holden welcomed the Prime Minister's renewed commitment to Levelling Up. The Government is going to get on with the job, keeping it promise to level up and build back better. Mr Johnson, remembering the hardship of the last two years and the success of the vaccination roll-out, made a spirited speech to set out the future he saw for our country.

In 2019, Mr Holden, the Conservative Party and the Prime Minister made a clear offer. To 'get brexit done'. As Mr Johnson put it today, the Government has got Brexit done. Now, though the pandemic threw the country off-course, the Prime Minister has with his reshuffle steadied his Government and set out a plan to get on the with the job at hand, levelling up.

A promise was made for better local health care. The Government is delivering, with a £36 billion package to reform the NHS and social care. In addition to the historic 2018 settlement for the NHS, which will increase its budget by £33.9 billion a year by 2023-24 as part of the Brexit dividend, paying for 48 new hospitals,
50,000 more nurses, 50m more GP appointments, 40 new diagnostic centres and clearing those backlogs.

Mr Holden stood on that promise and locally has campaigned for to have Shotley Bridge upgraded. In the last twelve years Shotley has been raised over twenty times in Parliament. Bar two instances, all have been since Mr Holden was elected as the MP for North West Durham. Read the latest campaign success here.

Levelling up is not just about health but education too, as the Prime Minister announced a new levelling up premium worth up to £3,000 per teacher – which will support the recruitment and retention of specialist teachers in shortage subjects and in the schools and areas that need them most. This follows increased school funding by £14.4 billion over three years, the biggest increase in a decade, giving every child the same decent education, no matter where they go to school. Mr Holden has been working towards that, most recently helping save Witton-le-Wear village school.

Education though has to work for each person, which is why Mr Holden was particularly pleased to hear the Prime Minister praise the new Education Minister who had yesterday announced that technical education would be valued as much as A levels. Mr Holden as a member for the APPG on Apprenticeships, spent much of the conference sharing ideas about how to improve education both for children, many of whom are still struggling following the pandemic, and later in life. It is for that reason that Mr Holden recently hosted over 400 people at his Jobs Jobs Jobs fair with Derwentside College. People from across North West Durham saw how much was open to them, both starting their careers looking to earn and learn or to re-train.

Finally, Mr Holden backs the Prime Minister as he makes Brexit work for working people, creating, high skilled, high paid, local jobs. Nationally that has meant putting an end to uncontrolled migration and investing in people and skills, like with Nissan's new commitment to Sunderland, which Mr Holden saw first-hand with the Prime Minister, creating jobs across North West Durham and the North East.