Richad Holden calls for upgrade to the A68 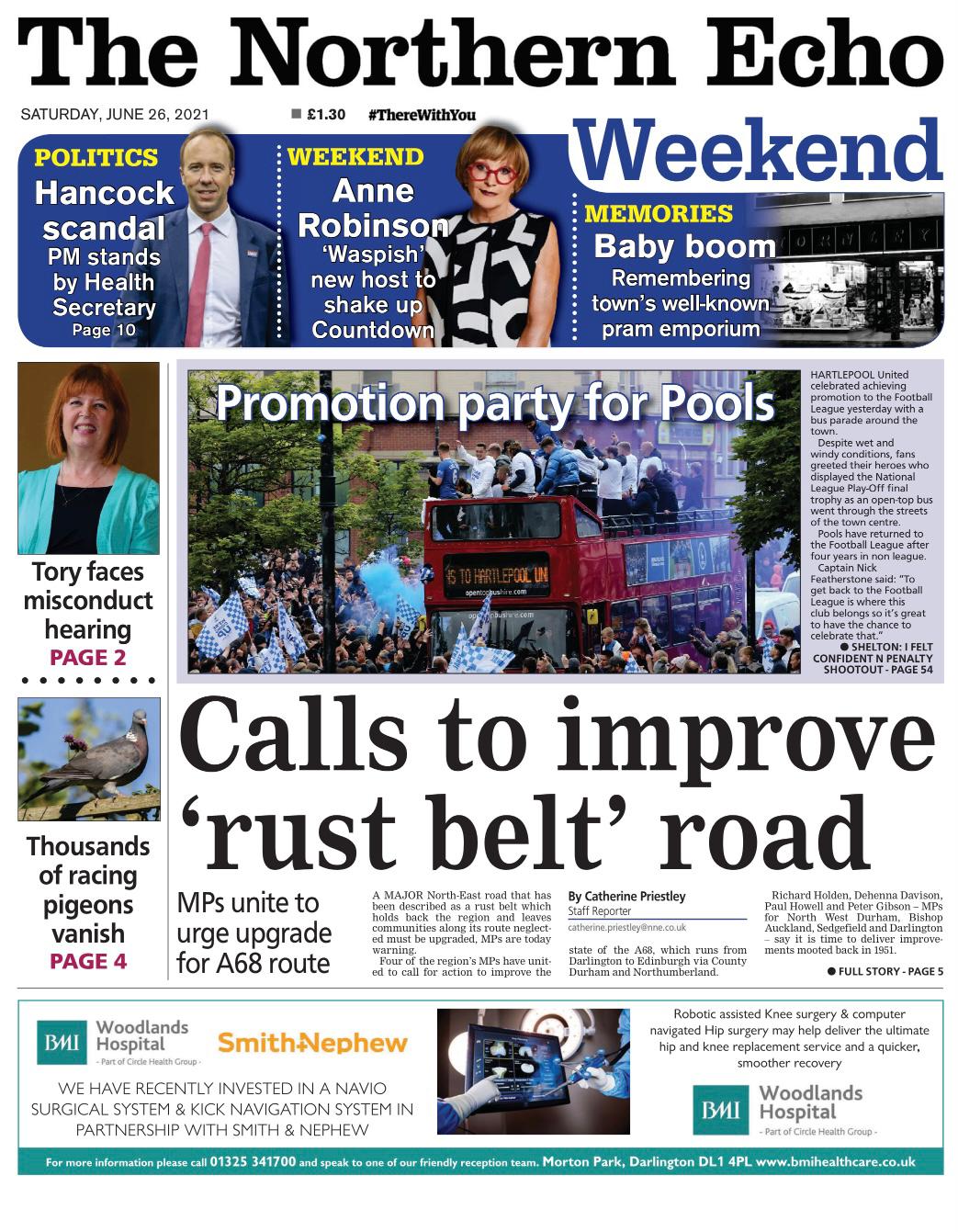 Richard Holden, Member of Parliament for North West Durham, alongside his parliamentary colleagues Dehenna Davison, Paul Howell and Peter Gibson, Members of Parliament for Bishop Auckland, Sedgefield and Darlington respectively, yesterday wrote to the Roads Minister about works to the A68 and a Northern bypass for Darlington. You can read the story in The Northern Echo.

In the recent Westminster Hall debate on Road Connectivity from Teesside to Scotland, Mr Holden and his Durham and Darlington colleagues stood up to decry the sorry state of the A68 and to push for the improvements first marked as necessary in the council’s 1951 County Plan. Mr Holden, opening the debate, said “Left behind, ignored, forgotten, neglected, overlooked, the rust belt—these phrases are often used to describe the communities that make up the towns and villages for whom the A68 is their lifeline. The state of the road right now holds back this whole part of the country, as a single carriageway road” You can watch Richard's speech here or above.

Following this intervention, the four MPs have written to the Roads Minister, Baroness Vere, asking to meet and make their case.

On writing to the Roads Minister Richard Holden, MP for North West Durham said: “The A68 and roads across County Durham have been neglected for seven decades and need vital improvements. I am delighted that three County Durham and Darlington colleagues joined me in my Westminster Hall debate and are jointly supporting the campaign for real improvements. We will keep campaigning until we see significant improvements in this vital arterial route, including much needed by-passes, on this vital third major road link between England and Scotland."

Paul Howell MP for Sedgefield said: “The road is a critical part in connecting the 10,000 jobs on the Aycliffe Business Park and business around Durham, Teesside, the future freeport there and to Scotland.”

Peter Gibson, MP for Darlington, said: ‘‘Levelling up our infrastructure must include improvements to the A66 and the building of the Darlington Northern Link Rd.”

Dehenna Davison MP for Bishop Auckland said: “For too long, residents of Toft Hill have been plagued by having the A68 run straight through the narrow village, bringing heavy traffic including HGVs. A Toft Hill Bypass is desperately needed to improve traffic and air pollution, and to improve safety for residents. Following this, the West Auckland Bypass must be completed urgently to finish the project started decades ago and ensure we have the roads we need to move into the future."