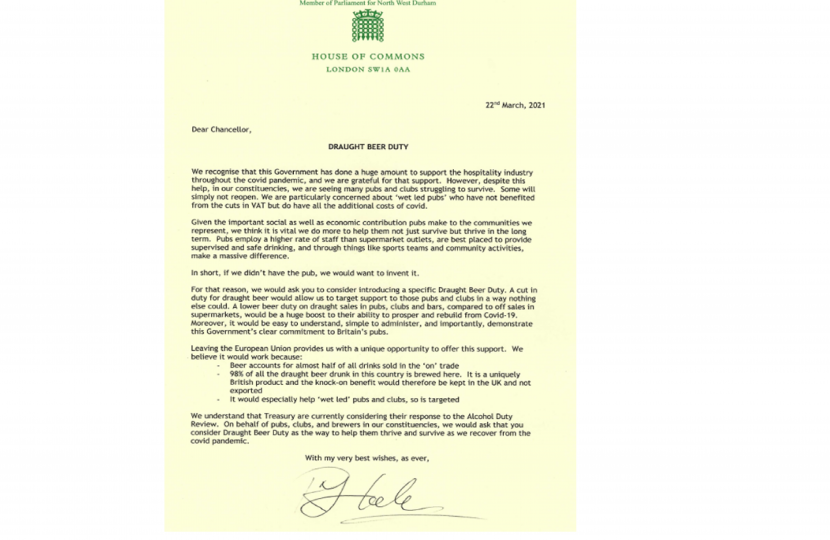 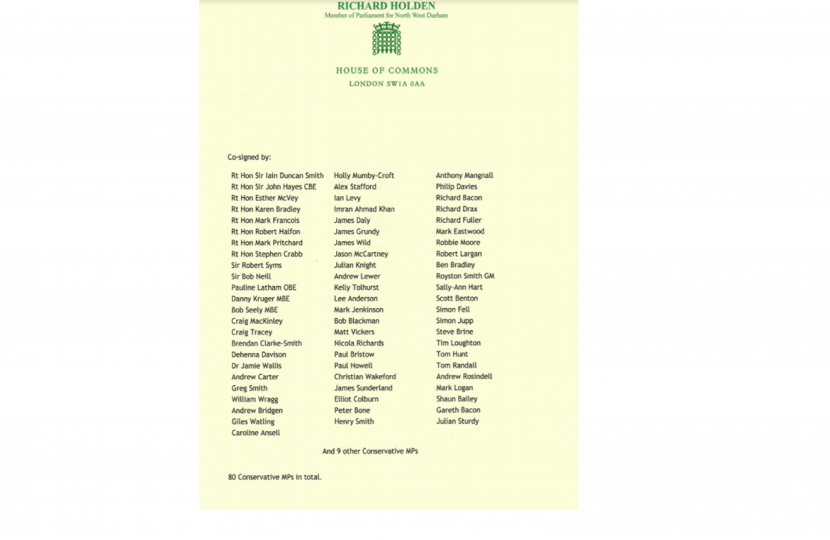 As a result of the coronavirus restrictions introduced, pubs and clubs across the country were forced to closed and many of them are now struggling to survive, raising fears that pubs across the United Kingdom will not be able to reopen once restrictions are lifted.

Richard is now campaigning for a specific Draught Beer Duty and has written to the Chancellor, pointing out the incredibly important social and economic contributions that pubs make to communities across the country. Richard points out that, although the Government has done a ‘huge amount’ to support the hospitality industry, many pubs are ‘struggling’ and need more support to ensure they can both survive and thrive. A Draught Beer Duty would ensure support for wet led pubs and would hugely benefit the industry. 98% of draught beer drunk in the UK is brewed in the UK.

“I am delighted that, since announcing my campaign, more of my Conservative colleagues have come out to throw their weight behind the work I am doing – the fact that 80 Conservative MPs support this campaign shows that this is an issue that affects so many constituencies, businesses and constituents across the country and there is real concern that businesses will simply close unless more support is given.

“Those who know me know that I am a huge supporter of the hospitality industry and lockdown has hit this sector harder than any other. I am very seriously concerned about pubs in North West Durham being left unable to reopen when restrictions are lifted – this would be a disaster for the local economy and those who run the pubs, and would be a disaster for the wider community.

“A draught beer duty would be a huge benefit to pubs across the country and would go a long way in supporting this industry – especially the British brewers, who provide us with nearly 100% of our draught beer. I really hope that the Chancellor takes note of my campaign and the huge support it has got and I will continue to campaign on the issue and work on behalf of the amazing pubs we are so lucky to have in the UK.”