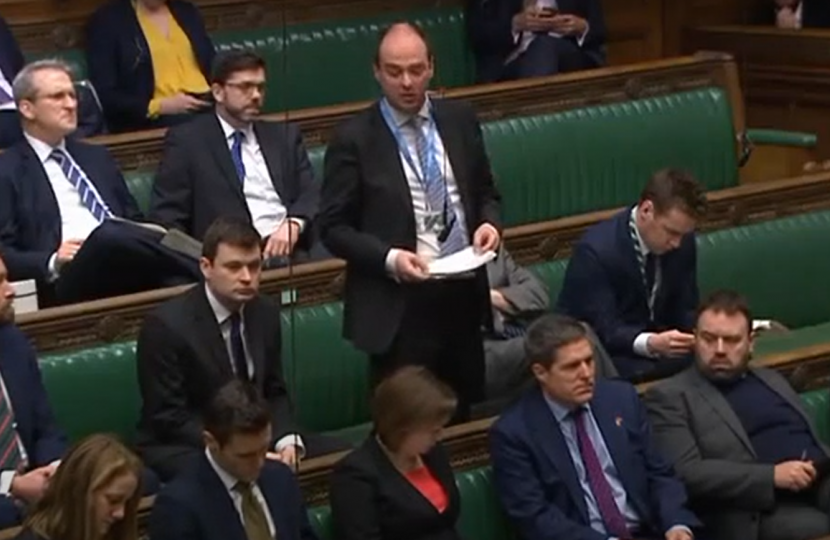 Richard Holden, Member of Parliament for North West Durham, has called on Durham County Council to work with him on two towns fund bids of up to £20 million each. One for the Greater Consett area and one for the Three Town area of Willington, Crook and Tow Law.

A £4.8 billion Levelling Up Fund was announced at the Spending Review with the aim of providing funds to invest in infrastructure across the UK. The funding will be targeted at improving daily life, with town centres and high streets receiving financial aid to reopen and regenerate. Local transport projects will also receive funding, and the money is intended to support investment in places where the biggest differences can be made, including ex-industrial areas.

Richard, along with Dehenna Davison, Member of Parliament for Bishop Auckland and Paul Howell, Member of Parliament for Sedgefield, have previously called for Durham County Council to work with them as they look to bid for funding for County Durham, working with their constituents to ensure that the funding goes towards the areas that need it most. You can read more about this here.

In addition to working with his Parliamentary colleagues, Richard has now called on the council to work with him on two towns funds bids. Richard wants to see the Consett area receive funding, as well as the area that covers Tow Law, Willington and Crook. The funding these areas could potentially receive would ensure that the high streets are regenerated, the community receives the funding needed to support local cultural centres and areas that have previously been left behind receive the funding needed to recover quickly from the pandemic.

“There were no bids from the Council for anywhere in my constituency as part of either the High Streets Fund OR Towns Fund bids which was really disappointing. However, our Towns really need some support to build back better from Covid and help transform them for the 21st century. We cannot miss this opportunity for the Towns of North West Durham, it could make a colossal difference to the communities that I represent.

“I am already working with my Conservative colleagues Dehenna and Paul as we fight for County Durham but it’s time that North West Durham received more financial support – it cannot be the case of more for the centre of the City of Durham and the cold shoulder to my communities.

“I was elected because people wanted to see me level up and support our local communities and I am going to continue to push the council to work with me on this and I hope that after the local Council elections in May, those elected will work with me for the benefit of the communities that we represent.”