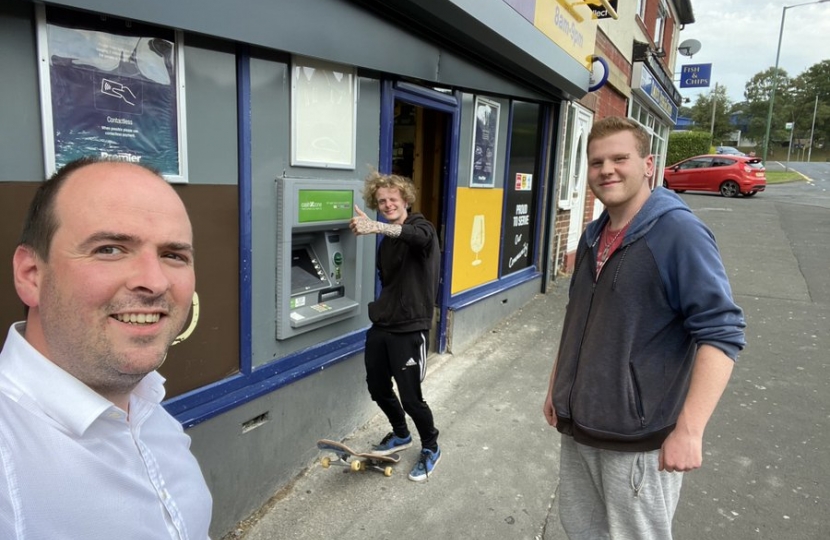 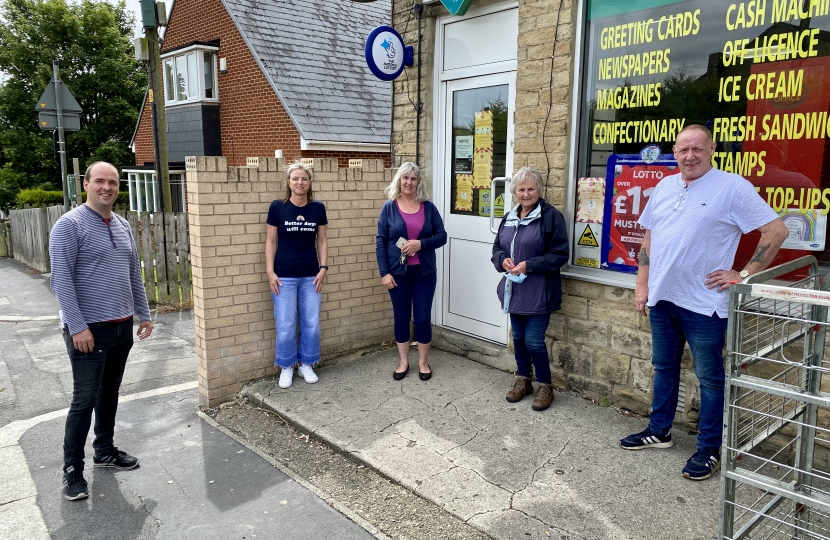 Richard Holden, MP for North West Durham, is campaigning to ensure that all of his constituents have access to free cash machines.

This means that, not only do people have far less access to cash points, but the Post Office will see a large financial loss. Some Post Office branches generate more than £5000 in annual payments as a result of their partnership with the Bank of Ireland, which for some branches is a huge chunk of their annual revenue. Some of the Post Office branches across the country have seen annual increases in people using the cash points and have just installed new machines but have now been told that they will be forced to stop using them.

In some communities, the Post Office cash points are the only location at which people can take out money. In Billy Row, the Post Office is the only cash point in the village, and in Moorside, Consett, there is now no free cash machine - people have to pay £2 just to withdraw money. Richard is lobbying LINK, the service provider between most of the UK’s cash machines, to provide a service at Billy Row and a new free to use cash machine in Moorside.

Commenting, Richard said ‘Free cash machines are an incredibly important service, especially for the elderly and those on a budget. It is shocking that some of the communities in North West Durham face having either no cash point or a cash point at which they have to pay to access their own money. I will be campaigning to ensure that Billy Row gets a replacement cash machine and also to ensure that those in Moorside have access to a cash point that is free to use. It is crucial that communities in North West Durham, especially rural communities, do have access to cash.’