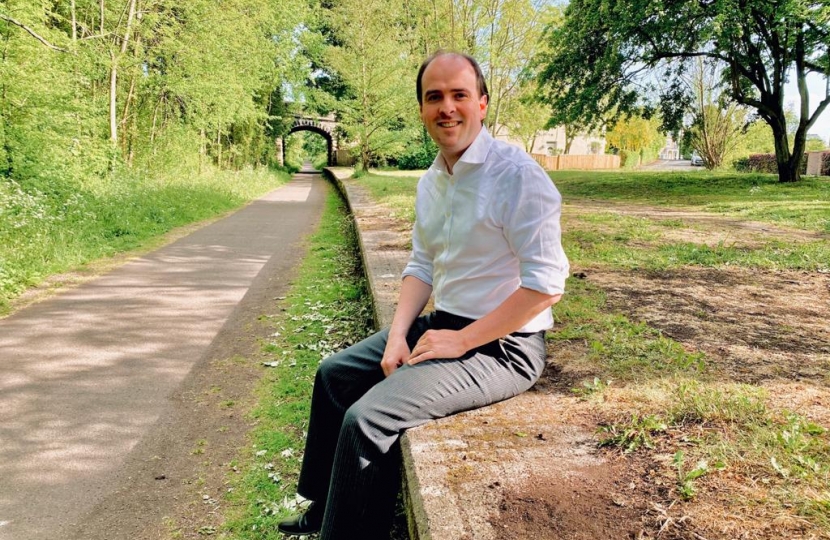 Richard Holden, MP for North West Durham, has confirmed the full details of his application for a feasibility study into a public transport link which will run from Consett to Gateshead/Newcastle.

Richard had to submit a formal application to the Ideas Fund, a Government-led initiative being driven by the Department for Transport to improve transport links to areas that haven't got good transport links across the country. If Richard’s bid is successful, the Transport Department will fund 75% of costs (up to £50,000) to help fund transport and economic studies to create a business case. Following a meeting between Richard and senior officers at Durham County Council, they have pledged to fund the other portion of the study if the feasibility bid is successful and Project Genesis and Go Ahead have backed Richard’s campaign.

Richard’s bid had to include outline information on economic improvements that the potential railway would bring to the area, set out challenges and make a strategic case. The bid set out his plans for the railway and stressed the importance of maintaining and improving the cyclists and walking route. The bid has also requested that the Department for Transport look at the railway line in conjunction with car and bus travel to make sure that the route would work for everyone. Full details of Richard's bid for the feasibility study can be found here.

This follows Richard’s ‘Transport Survey’, which showed that North West Durham constituents overwhelmingly back his plans for a new railway. 72% of those who took the survey back Richard’s bid for a feasibility study and the proposed railway, with just 22% stating that they were in opposition to it. You can read the full details and results of Richard’s transport survey here.

“In the 1950s, Consett had multiple rail lines running into it and now there are none. Consett and the surrounding areas are growing hugely – industrial, residential and commercial development of the town have all grown over the past few years and further expansion on plans. This has put enormous pressure on the currently lacking local services.

“Currently, roads are at capacity which is damaging both the community and the environment, and limiting both employment and training and educational access.

“The building of a railway line, along with upgrades to the Derwent Walk, will enhance the area – commuting will be easier, tourism will grow, and the area will be revitalised and modernised. Residents back my plans and I will continue to campaign to improve our transport links and people’s lives.”