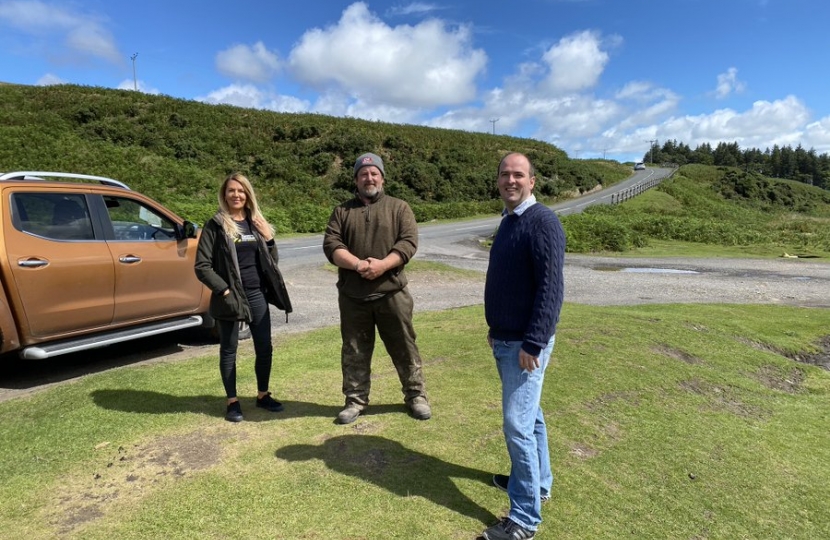 Richard Holden, MP for North West Durham, is encouraging everyone to be responsible in our green spaces and to look after our local environment.

Richard has been running a lockdown litter pick, which you can read about here. Richard has recently held his eighth lockdown litter pick, this time in Ebchester and on the Derwent Walk, and will continue to hold litter picks across the constituency. This is alongside Richard’s campaign against fly-tipping, which you can read about here. Fly-tipping has become more common in North West Durham recently and Richard is working to clean up our local areas and keep the environment clean. Richard has been contacted by several constituents concerned about fly-tipping and littering in North West Durham and has spoken with many people about this during recess.

A waste disposal site at Annfield Plain was closed down when the coronavirus lockdown restrictions were implemented, and this may have led to more people disposing of their rubbish illegally. The site has now reopened. In 2011, the waste disposal site at Leadgate was shut down, despite a petition that over 1000 people signed to keep it reopen as it was used by people across North West Durham.

Richard’s team have written to the council to see if a site at Leadgate could potentially be reopened and have asked for a breakdown of statistics about fly-tipping to get an idea of the pattern of illegal activity. Richard will be getting in touch with the council to discuss the issue of fly-tipping more generally. Richard has also visited several fly-tipping sites in the constituency to see the problem first-hand and to see the damage that it can cause.

Richard has also visited Bollihope Common to meet local farmers and a representative from Farm Watcher UK, the UK’s biggest rural crime alert network that works with farmers, landowners and those living in rural areas to raise awareness of rural crime and help prevent it. Sheep worrying has become more prevalent, with irresponsible dog owners allowing their dogs to chase and kill sheep. This has a hugely detrimental effect, both financially and more generally, on farmers or those who own sheep and livestock. Richard spoke with the farmers and Angela from Farm Watcher UK about what can be done to prevent this.

Commenting, Richard said ‘Loads of people have raised the issue of littering and fly-tipping to me – it’s disgusting that people find it acceptable litter and it ruins our green spaces for everyone. If you see anyone illegally fly-tipping, I encourage you to get in touch with the council or with my office and we will sort it out. It’s also horrendous that people allow their out-of-control dogs to chase and kill sheep – this is totally, totally unacceptable and affects farmers livelihoods. It’s not funny to allow your dog to chase livestock. I would ask that everyone who is out and about and who is lucky enough to live in our beautiful area and enjoy our green spaces treats our environment with respect and considers other people. I’ll continue my campaign to clean up North West Durham and to clamp down on rural crime’.