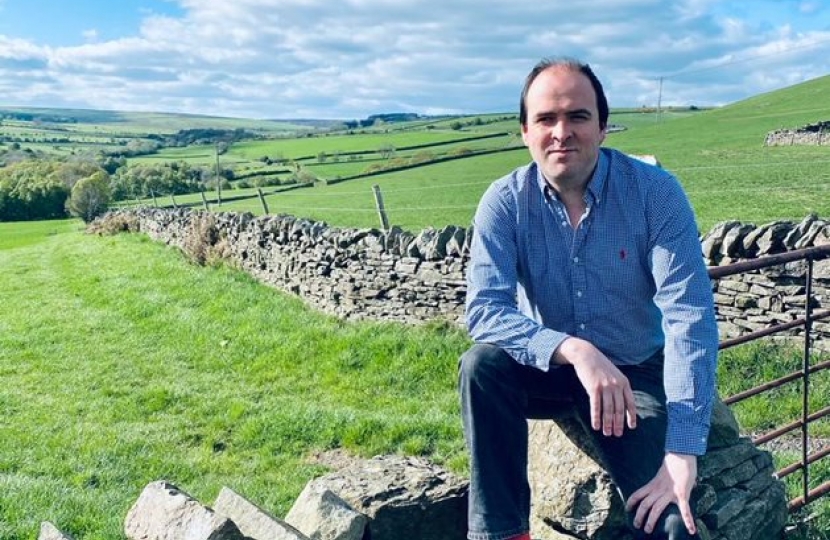 One of Richard’s six key pledges to North West Durham was that he would campaign for better local transport links, including better local bus services for Tow Law, Weardale, Crook, Willington, Burnhope, Dipton and Burnopfield. You can read about Richard’s pledges here.

Recently, Richard has spoken with Arriva, who serve Weardale and the Three Towns area of Tow Law, Willington and Crook. Arriva are a national bus operator and they cover much of the North East of England, including Teesside and County Durham. Richard spoke with them about the services they provide in North West Durham, including the timetable, weekend services, evening services and changes that have been made to the service and the way it operates during coronavirus. Arriva assured Richard that, although their services are running at a reduced frequency, they are running their key works to ensure workers can get to work, have updated their timetable and have put measures in to ensure social distancing.

Richard has also spoken with Go North East, a bus service operator in the North East of England – the area Go North East covers includes Tyne and Wear, County Durham and Yorkshire. They discussed how their service has continued to operate during the current public health situation, with emergency timetables put in place for key workers and essential journeys – they have put in place measures to ensure people can social distance on board, are monitoring the numbers of passengers on journeys and has deployed larger buses.

On a more local basis, Richard has also spoken with Weardale Travel. Weardale Travel are a family firm that was set up in 1926. They have a large fleet of executive coaches that can be hired, they help to organise holidays, they run trips and they also have vintage buses. They also run a bus service for the local area. Richard spoke with them about coronavirus and measures they’ve put in place to deal with this, as well as their plans for the future and how they normally operate.

Commenting, Richard said ‘I am continuing to campaign for better bus services for North West Durham. I’ve spoken with the Transport Secretary about this in the House of Commons and am now speaking with businesses that operate bus services locally. It is a difficult time for everyone at the moment, but bus services are still operating and, as part of my long-term campaign for the area, it was really useful to speak to local companies about their long-term plans for delivering good transport for the community. I look forward to working with bus companies over the next few months and years and thank them for the work they’ve done to support key workers, those making essential journeys, and the wider community recently.’