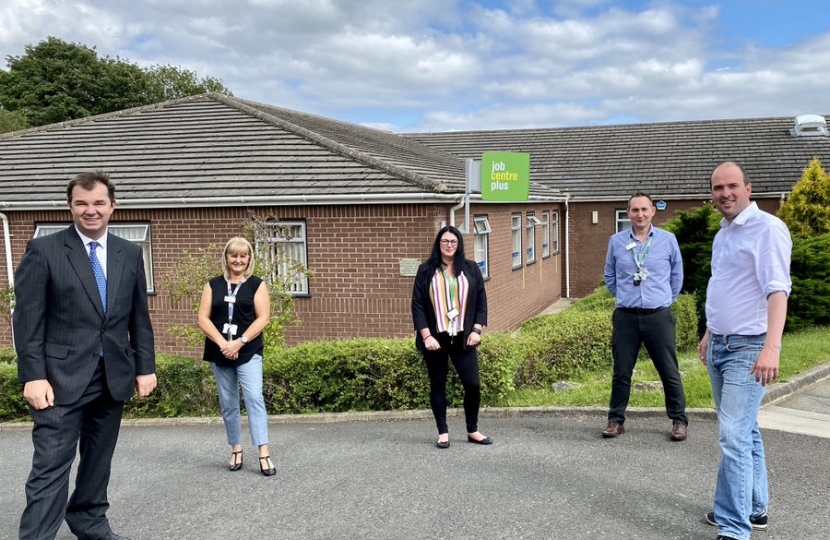 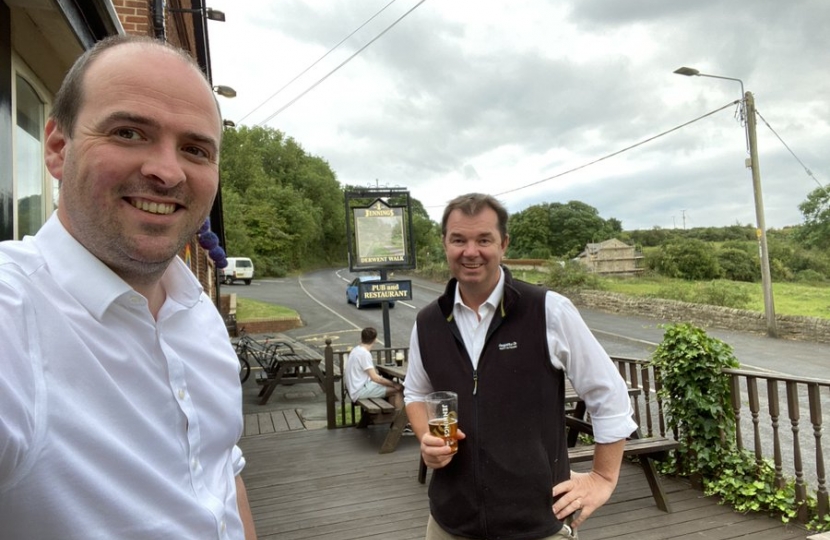 Richard Holden, MP for North West Durham, has hosted a Minister from the Department for Work and Pensions (DWP) in the constituency.

Guy Opperman, MP for Hexham and the Parliamentary Under Secretary of State (Minister for Pensions and Financial Inclusion), joined Richard in North West Durham for an afternoon. They started with a visit to the job centre in Crook, which Richard has visited before (read about this here). Guy and Richard spoke to the local team about Universal Credit during coronavirus, the impact that coronavirus has had on job centres and work, and how people locally can be helped into work. Guy spoke about his ministerial work in the DWP. Richard was given an update on the centre and how things have changed since his last visit, and Guy and Richard had the chance to speak to the team that work at the job centre.

This was followed by a visit to Lintz Hall Farm, which is located just to the South of Burnopfield. The farm has 500 acres of land and mainly works on egg production, with a huge free-range operation in place. The farm works with the RSPCA to ensure that the hens they keep are healthy and can roam freely. The farm also has 200 acres of arable land. Richard and Guy had a look round the farm and were able to meet some of the staff that work there – the local firm employs 45 people.

Richard then took Guy for a drink in Ebchester where they had a chance to speak about the Premier League and the collapsed takeover of Newcastle United Football Club. You can read about this here. You can watch them speaking about this here.

Commenting, Richard said ‘I want to thank Guy for visiting North West Durham – it was an absolute pleasure to have him here and to show him some of the things that North West Durham has to offer. I was pleased we had the chance to visit the Crook job centre and talk to Guy about all the support that the Government is currently offering for those looking for work and the coronavirus pandemic. It was great to be able to go to the pub as well and just have a catch up about the work we have both been doing for our communities. I am really grateful that Guy was able to visit and hopefully will have another chance to host him in the future.’