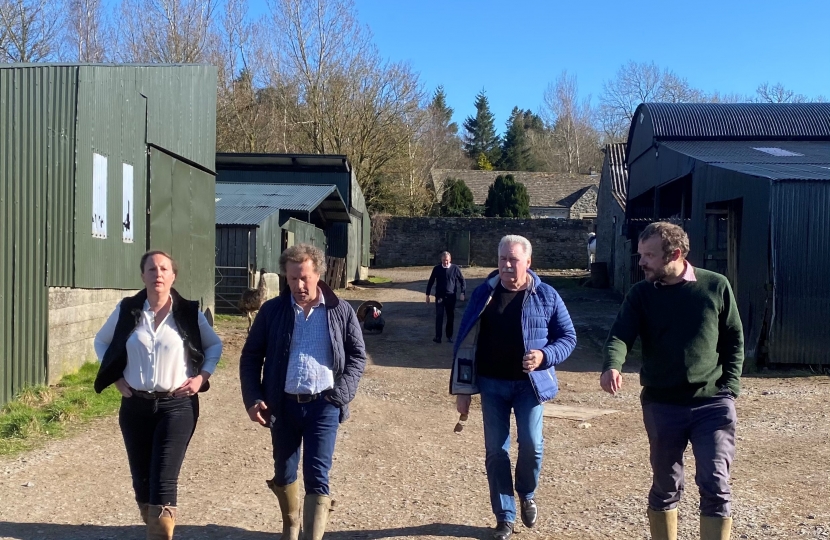 During the Minister’s first visit to the constituency, Richard and Victoria visited George and Oliver Walls’ farm, JG Wall and Sons in Western Hopeburn Farm. JG Wall and Sons is based in Eastgate, Weardale, and is a livestock farm. Richard was joined on the visit by local farmer Will Wearmouth and local businessman Steve Cowie as well as Sedgefield MP, Paul Howell.

“I was absolutely delighted to host Victoria in North West Durham and show her the very best that our constituency has to offer. She was incredibly impressed with the work going on at Western Hopeburn Farm and we were able to discuss how the pandemic has affected the farming sector, the Government support that is currently available and the next steps that will be taken as lockdown eases.

“I’ve visited Western Hopeburn Farm before – under rather different circumstances – when we discussed the Brexit deal and how it would affect them. North West Durham has a number of very rural communities whose livelihoods depend on farming and it was great to visit them again to discuss the current situation, and what more we could do to ensure their success in the future.

“I want to thank Victoria for visiting North West Durham and Western Hopeburn Farm for hosting us. I am very much looking forward to hearing back from the minister on some of the key issues raised concerning farming and agriculture, especially the new environmental land management schemes that are being proposed.”