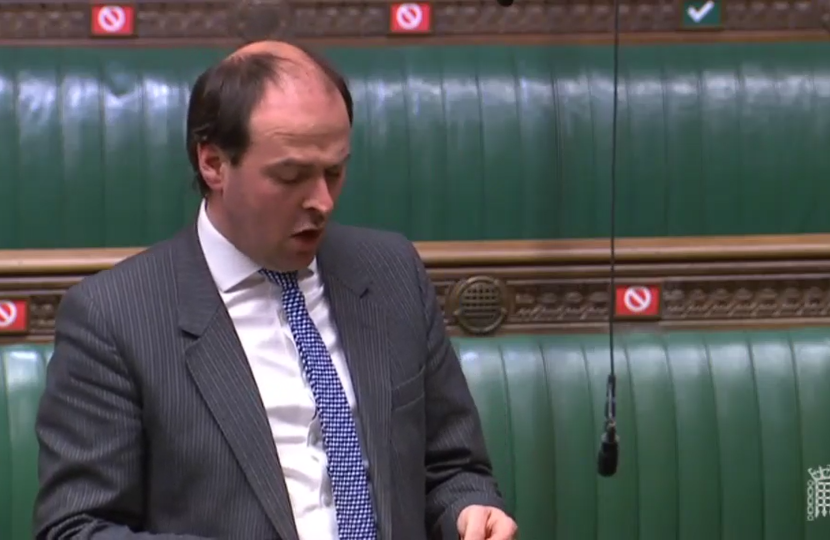 Richard Holden, MP for North West Durham, has been selected to be on the Public Bill Committee (PBC) for the Immigration and Social Security Co-ordination (EU Withdrawal) Bill. A PBC is a committee established by the House of Commons to examine important legislation line-by-line taking evidence over several days and weeks.

Richard is one of 17 members and his neighbour to the south, Dehenna Davison, MP for Bishop Auckland, is also sitting on the Committee giving the North East a strong voice of new Conservative MPs.

Richard and the other members of the Committee will meet four times a week to study and discuss the Immigration Bill in detail. They will look at the Bill line-by-line to ensure that the legislation works for the British people, take evidence from experts and groups external to Parliament, propose, discuss and vote on amendments and study every clause in the Bill. The Bill will then return to the House of Commons for its report stage, which is expected to be on Thursday 25th June.

Richard was elected by the people of North West Durham on a manifesto that pledged to take back control of Britain’s borders and a points-based style system, matching and echoing the commitments made to the British public in and after the 2016 Brexit Referendum. Richard has previously spoken in the Immigration Bill Debate in the House of Commons, which you can watch here. You can read more about the new legislation and policy, statistics and how implementation will work here.

Commenting, Richard stated ‘I am delighted to have been selected for the Immigration Bill Committee. The Immigration Bill is such an important piece of legislation and was a key part of the manifesto on which I stood in the 2019 general election. This will give me the opportunity to represent the views of my constituents at a crucial stage.

Conservatives in Government are listening to local people and understand what they voted for and why. Labour, under Sir Keir Starmer, continues to ignore the votes and concerns of people in constituencies like mine – people who are concerned about unlimited and uncontrollable immigration. This Conservative Government is committed to fulfilling its promises to the people of the country and the people of North West Durham.’