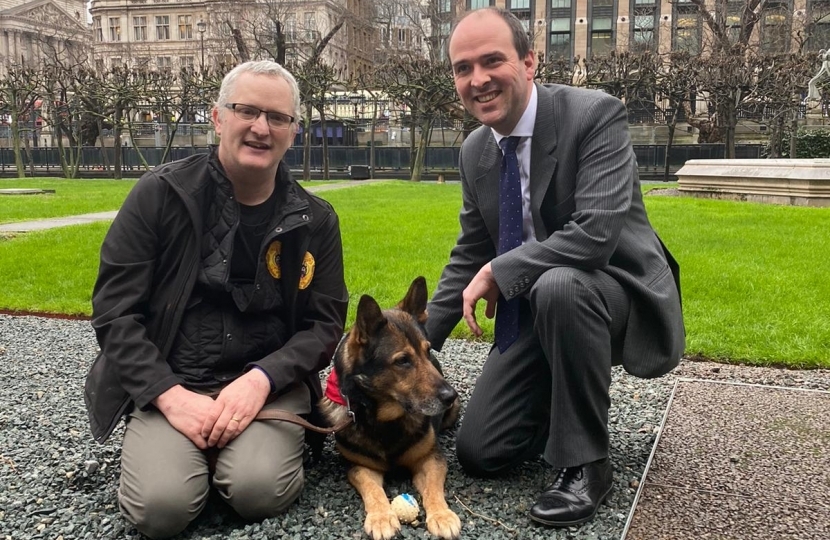 Richard Holden, Member of Parliament for North West Durham, has today launched a campaign to improve animal welfare in the United Kingdom.

The launch of Richard’s campaign coincides with a survey being launched on his website about animal welfare and Richard will be speaking at the earliest opportunity and submitting a request for Westminster Hall debate on animal welfare and horse tethering once the public health restrictions have eased.

“We are a nation of animal lovers and I know that animal welfare is something my constituents feel incredibly strongly about, whether it’s people concerned about animals being neglected and mistreated or people wanting to see changes in the law to ensure the environment is protected for wild animals.

“I am launching this campaign because I want to see animals being awarded the protection they deserve. People should not be worried about taking their dogs for a walk or concerned about parties involving fireworks causing immense distress for their pets. I am extremely concerned about reports of horses being tethered indefinitely and want to assure all my constituents I take these issues very seriously.

“I would encourage all of my constituents to complete the survey on my website and look forward to taking this campaign forward when Parliament returns and some of the restrictions are lifted.”