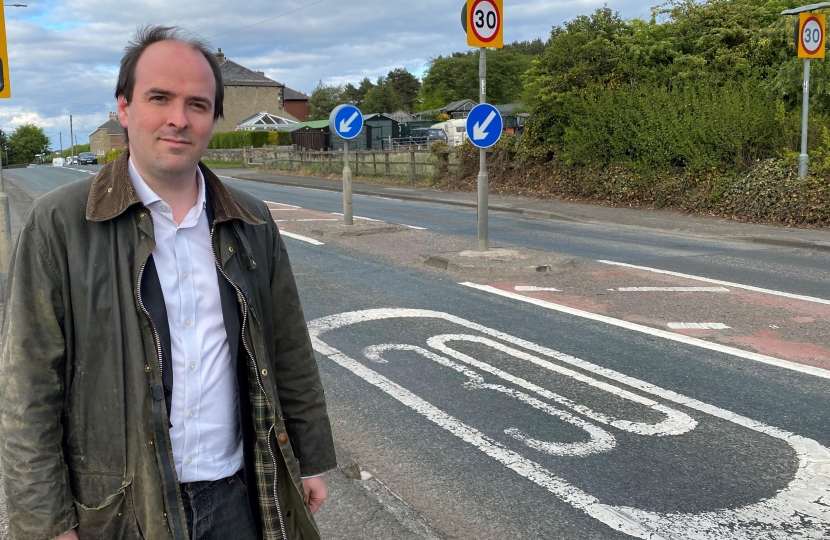 Shortly after he was elected, Richard was contacted by a group of constituents who were concerned about speeding in Cornsay Colliery. Speeding vehicles are making the roads dangerous for pedestrians and upsetting the otherwise calm environment of the village.

Richard wrote to Durham County Council, who are responsible for Highway Management locally, and alerted County Hall in Durham City to the concerns of people in Cornsay Colliery. Richard also met with a group of constituents in the village and saw the road and speed of cars first-hand. The council took no further action.

Richard is keen to get the feedback of local people in Cornsay Colliery and would be grateful if you could complete the following survey. He would also like to hear your thoughts on local crime.