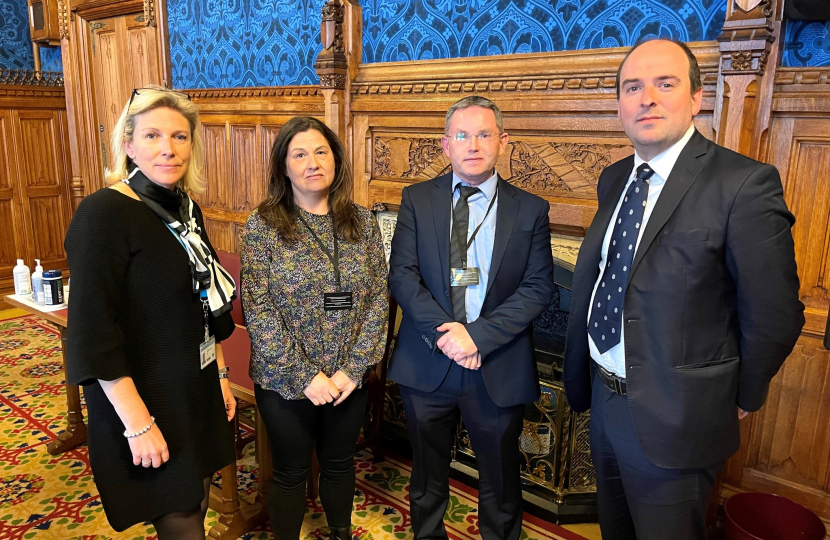 Richard Holden MP, the Family of the late Andrew Rowlands, and the Roads Minister all meet to clamp down on those driving illegally and without a license to stop more unnecessary death and serious injuries.

"As part of an ongoing campaign, I set up a meeting last week between John and Karen Rowlands, myself and the Roads Minister from Department for Transport. No promises have been made but it was good to get John and Karen in with Baroness Vere to help highlight the case that we are making for reform.

"As many of you will be aware, John and Karen's son, Andrew, died after he got in a car that should never have been on the road, driven by a young man who had never had a driving lesson but had been able to buy it.

"The more I’ve looked into it the bigger this issue is and there are three issues that would be tackled - at least in part - by the change we propose:

You can see more of the debate in detail and the issues here: http://www.richardholden.org.uk/.../family-late-andrew....