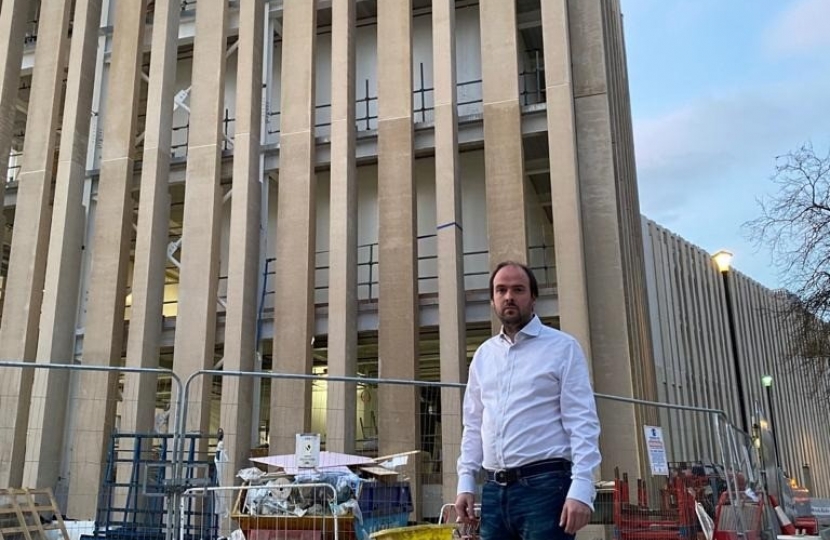 Last week Richard Holden, MP for North West Durham, and Paul Howell, MP for Sedgefield, raised with the Rt Hon. Michael Gove MP, Chancellor of the Duchy of Lancaster, their desire to see County Durham as a prime site for future civil service jobs and the Advanced Research & Invention Agency (ARIA). Following that intervention (which you can read about in The Northern Echo, The Chronicle and Durham Magazine) the heads of the new Joint Administration at Durham County Council, Cllr Hopgood, Cllr Bell, Cllr Shuttleworth and Cllr Shield have joined the local MPs, including Dehenna Davison, MP for Bishop Auckland, in signing a letter asking for them to meet Mr Gove.

Local MPs Richard Holden and Paul Howell kick-started a campaign to have County Durham sites considered for future civil service job moving out of London and for the new centre for ARIA, raising questions relating to this at Cabinet Office questions in the House of Commons.

Encouraged by Mr Gove’s answers, Durham County Council's Joint Administration this week showed how keen they are to make best use of their sites by joining the local MPs, now also joined by Dehenna Davison MP for Bishop Auckland, in writing to meet Michael Gove and follow up on the plans that were put to him.

In making this call, the Durham MPs and their council colleagues hope to push this campaign forward, gathering more support and showing that County Durham is united in wanting to bring lasting investment across the North East and help fundamentally change the way government works by making sure those who make national decisions live in and understand County Durham.

'It has been fantastic to see the brilliant work that the Government has done so far in bringing jobs to the North East but it’s been sad that the former Labour Council just weren’t interested in bringing those jobs to our county.

'I have been delighted in the way Mr Gove took to Paul Howell and my questions last week in Parliament and now the way that the leaders of the new Joint Administration are backing my campaign.

'This shows a new era of looking to seize opportunity is sweeping our Council. I hope this is the start of a new era with a desire to invest in County Durham shared by local MPs and a local council who want to work together, especially to deal with Labour’s toxic £50m white elephant new county hall and hopefully find a new use for it, rather than remaining a vanity project that would burden local taxpayers for decades.'