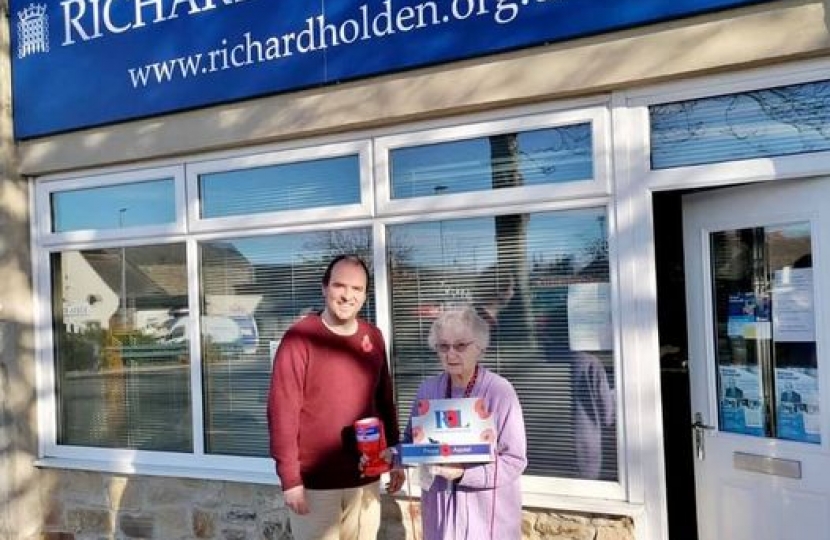 Vera has been collecting for the Royal British Legion for 70 years and has raised over £1m in the process. Last year Richard  was proud to nominate her for the Prime Minister’s Points of Light award ( read more about it here) which she won and in the 100th year of the poppy appeal I’m delighted that she’s still going strong.

Richard also nominated St John's Poppy Creations for their amazing efforts and was delighted they got the award too after a huge community effort (read more here) - and Richard will be visiting Chapel in the next few days to have a look at this year’s display.

Do get your poppy when you’re out and about or donate via the RBL website here: www.britishlegion.org.uk/get-involved/ways-to-give/donate

Also, If you know of anyone who deserves to be recognised as a point of light in our community, drop Richard's office a message.