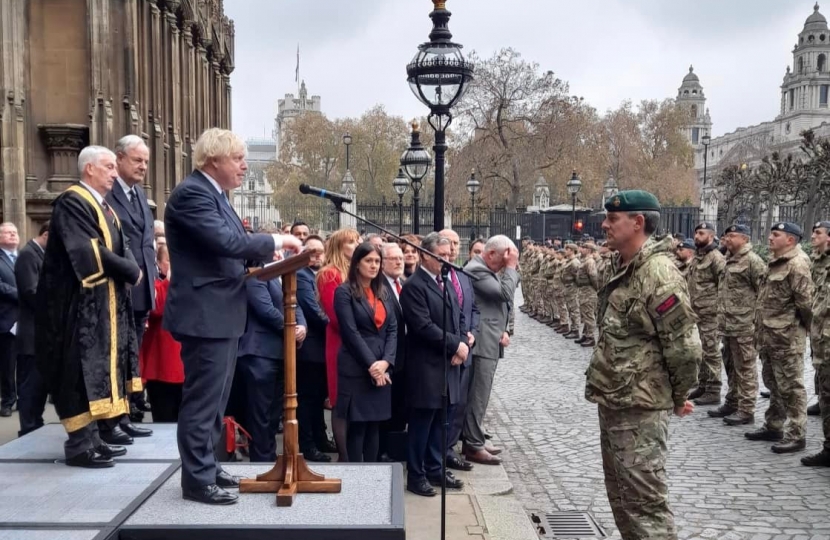 Richard Holden MP joined the Prime Minister in welcoming back the Soldiers of Operation Pitting to Parliament on 25 November - whose mission it was to ensure the successful evacuation of U.K. nationals & those who had helped U.K. forces from Afghanistan.

Yesterday, outside the doors of the almost 1,000 year old Westminster Hall, where Wellington rode to Parliament after the Battle of Waterloo, Richard joined colleagues to welcome our modern heroes who had been involved in Op Pitting for their work evacuating vulnerable Afghans from Kabul.

Our soldiers, sailors and airmen are the pride of Britain and he is incredibly proud of the work they did in very challenging circumstances to get 15,000 of our people and those who helped them back to the U.K.