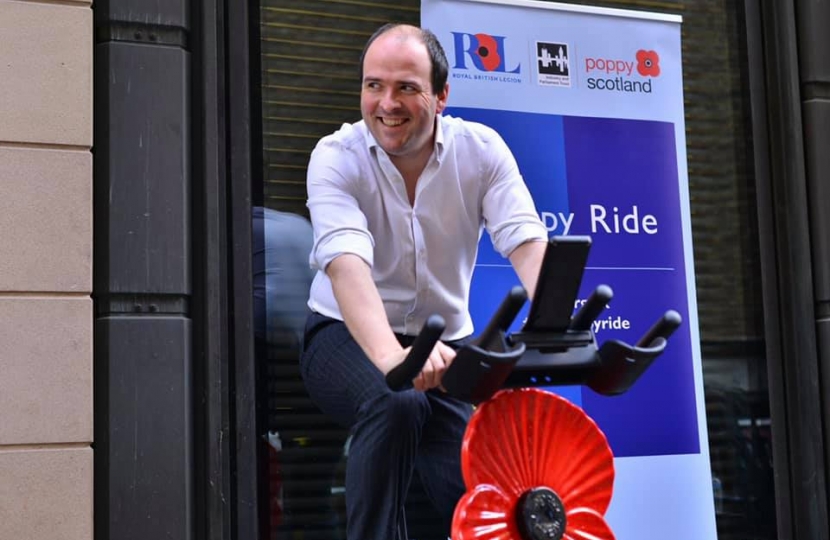 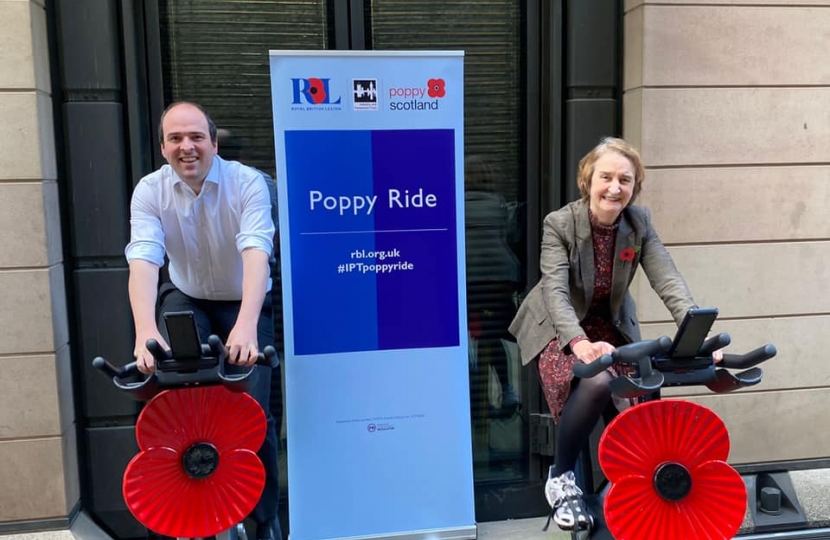 Richard Holden MP joined dozens of fellow MPs in cycling to support the Royal British Legion in their hundredth year of their creation.

Members of Parliament did time slots one after the other for 12 hours in total to help raise funds for and awareness of the Poppy Appeal.

In North West Durham, from Vera Parnaby (aka Mrs Poppy) in Blackhill, Consett to the fantastic displays of St John's Chapel Poppy Creation, the people of North West Durham are fully behind our veterans and our armed forces serving today.

"I’ll always stick up for our forces and our veterans I was delighted to take part in today’s Poppy Ride in Parliament today to show my support too ahead of Armistice Day and Remembrance Sunday in the coming weeks.

"I really hope everyone in North West Durham will support the Poppy Appeal, wear a poppy and show their support for our forces and our veterans over the next fortnight."