Richard Holden MP: Let’s get the night bus back to Burnhope 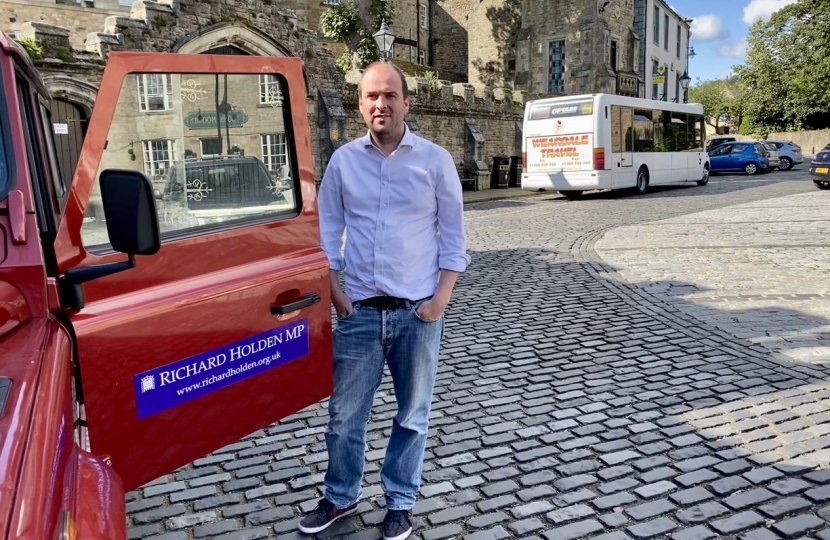 Richard Holden, Member of Parliament for North West Durham, has called on Durham County Council to work with local stakeholders to improve bus services for Burnhope.

Richard has been contacted frequently by Burnhope residents who are concerned about infrequent bus services to the area and frustrated about the lack of late services that connect the area to Consett, Durham City and Lanchester. The lack of services means that some residents are unable to leave Burnhope unless they drive. Plans to add over 100 houses to Burnhope are adding to residents’ concerns, as there will be a need for increased public transport.

During a recent meeting with Go North East Buses, Richard raised the matter with senior management, who have stated their desire to work with the council to expand services to Burnhope. This expansion could be made easier by the £3 billion National Bus Strategy that the Government announced, which focuses on ensuring better and more frequent services across the country, including at weekends and in the evenings, providing safe and reliable transport for all who need it.

Richard has now written to Durham County Council to ask them to work with him and local stakeholders to improve Burnhope bus services, requesting a joint meeting with them and Go North East. Richard has also expressed his hope that the council will submit a bid to the Department for Transport for funding to support this.

“Bus services in Burnhope are really lacking and this is a major issue for many residents, many of whom have to either plan their trips around the extremely limited timetables or face driving everywhere they have to go.

“Better bus services would mean more freedom for residents at the weekends and the evenings and would level up the area, ensuring that the rural areas around Burnhope are better connected with the rest of the constituency and the wider North East. Improved services would also hugely benefit the environment as fewer people would be forced to use their cars.

“I very much hope that the council agrees to meet with myself and Go North East and, longer-term, that they agree to work with us and Burnhope residents on this. This is something that could make a really positive difference to the lives of constituents. I firmly believe that public transport in North West Durham needs improving and I will continue to campaign on this issue.”