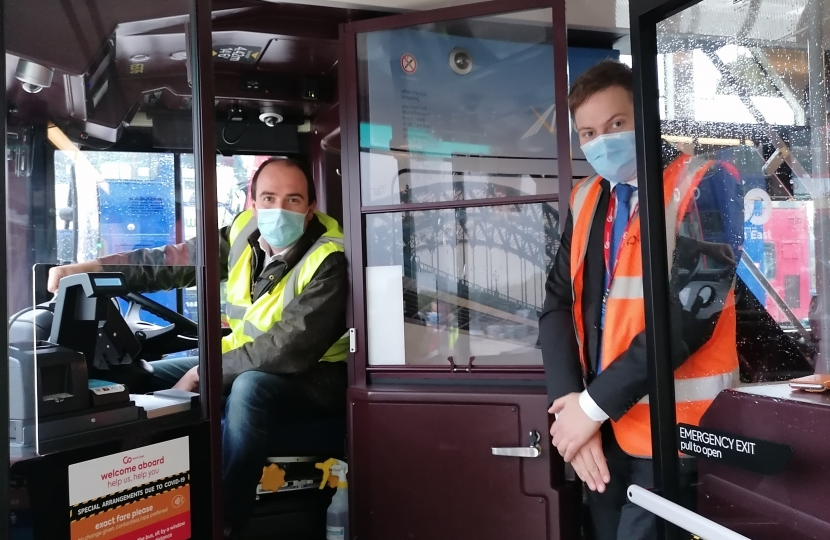 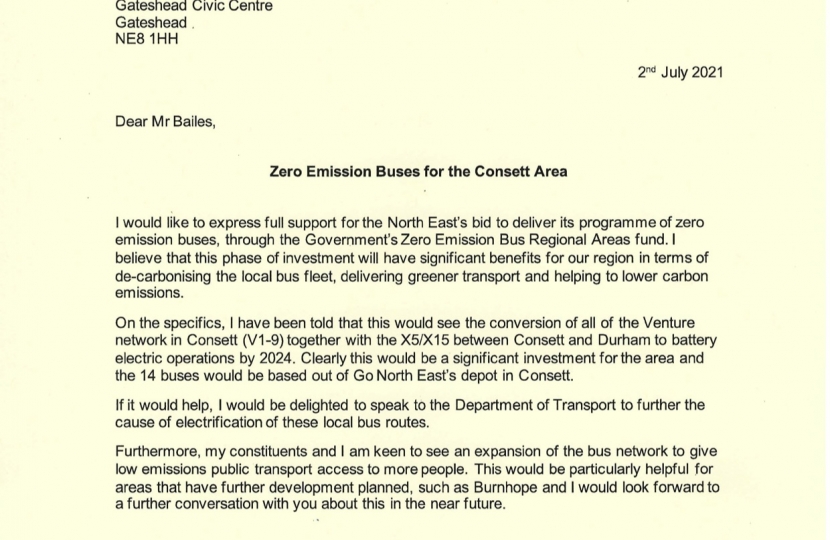 Writing to Mr Bailes, the Programme Lead of Transport North East, Richard Holden MP has backed Go North East’s funding bid for zero emissions buses at the Consett depot. Since the idea has caught on and you can read about in the Consett Magazine.

Improving local transport was one of Richard’s key six election promises. Keeping that promise, he has already submitted two bids for the ‘Restoring Your Railway Fund’–one of which has been successful and one of which is currently being looked–but it is clear for many of the smaller towns and villages in North West Durham public access via bus is crucial as well.

To makes sure North West Durham gets these vital bus services, Richard has held regular meetings with Go North East and other local bus companies over the last few months and had visited Go North East’s Hownsgill depot on the 2nd of October last year.

If this bid is successful it will fund electric battery engines for the whole Venture network in Consett (V1-9) and the X5/X15 network between Consett and Durham. The conversion project would carry over until 2024, meaning sustainable and lasting investment in the Hownsgill depot and North West Durham. As part of his backing, Richard hopes to meet Mr Bailes and speak to him about low emission transport across all the local towns and villages but especially those set to grow like Burnhope (you can read more about his campaign for Burnhope buses here).

Commenting Richard Holden, MP for North West Durham said: “For too long, our local bus networks have not matched up to the needs of our community and I have been determined to do something about it.

“I am backing big bids for rail (the Weardale line), road (such as the Toft Hill by-pass) and improvements to cycling and walking (such as the Consett to Tyne route) locally but for many of my rural villages buses are essential. That is why I am backing this bid.

“I am determined to deliver better connectivity for our local communities in an environmentally sustainable way and that is why this bid is so important for the future of our communities.”