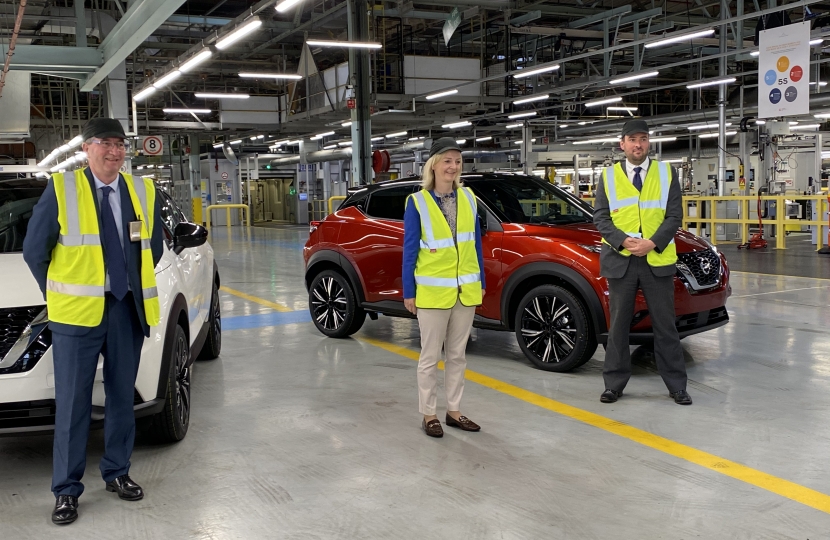 The new deal with the EU is just one of dozens that the Government is doing around the world but it is a very significant one because it establishes a new relationship with the EU, which we left on 31st January, 2020.

In order to judge how we've fared we need to judge it against our objectives as to what the deal delivers regarding the promise I made to the British people at the general election to 'Get Brexit Done'.

1.) Control over our own money. Verdict: Delivered. NO more UK taxpayers money to the EU. In net terms the UK was contributing c. £180m/week (£350m/week gross) to the EU. That's over.

2.) Control over our own borders: Verdict Delivered. Unlimited EU Migration is now over. If people want to come and work in the UK, they now have to go through our points based immigration system, wherever they are from. This means that there is a new level playing field between a Japanese software developer or Australian doctor or Indian engineer or Greek biologist. All are treated just the same based on what they can contribute to the UK, rather than we're they're from.

3.) Control over our own laws. The European Court of Justice will no longer have a say. Like our other Free Trade Deals (eg with Japan or Canada that we've signed) disputes will be resolved by independent international arbitration rather than by EU courts. This is really crucial.

OTHER KEY POINTS OF THE DEAL

1.) NO tariffs and NO quotas in virtually every area. There is no other major economy which has a zero quota/zero tariff deal with the EU. This is hugely important for the vast majority of our agricultural and manufacturing especially. So for the farmers in Weardale who were concerned that lamb exports may be hit, there is no need to worry, there are no tariffs and no quotas.

2.) Rules of Origin and Cumulation sorted so that parts assembled and processed in the UK are part of the deal. This is a vital measure for UK manufacturers selling into Europe. Since being elected I've worked very closely with Nissan on this especially as they're such a big employer in our region. Earlier this year I set up a call with them and the Business Secretary, Alok Sharma, and a fortnight ago at a particularly sticky point in the negotiations, I managed to arrange a call between the Cabinet Secretary (most senior Civil Servant in the UK) and Lord Lister (the PM's Chief of Staff) at a couple of hours notice with Nissan's Chairman in Europe and their Global COO to deal with issues relating to batteries. This was one of the last things sorted in negotiations, but it was sorted in favour of our manufacturing sector.

3.) All trade disputes will NOT be settled by EU courts but, like with other countries by independent international arbitration. Key to this was that the EU had demanded that the UK would have to submit on state aid under EU Law. This will NOT be the case with our new deal.

4.) Key co-operation for EU/UK on both Tourism and Security. The E111 scheme will change but a reciprocal arrangement will be in place. Security arrangements (for counter terror and international crime) will ensure that we can continue to share crucial information

5.) Fishing. The UK had wanted a 3 year transition and the EU 10 years+. What was settled was that the UK would see our proportion of catch rise significantly immediately, with a transition from 1/2 to 2/3 of the catch then total control with annual negotiations after 5 1/2 years. It will take time for the UK fishing fleet to step up to take advantage of the new opportunities so while this isn't everything the UK wanted immediately, it is in time and it's a massive step with a clear defined end point, re-establishing UK control over UK waters.