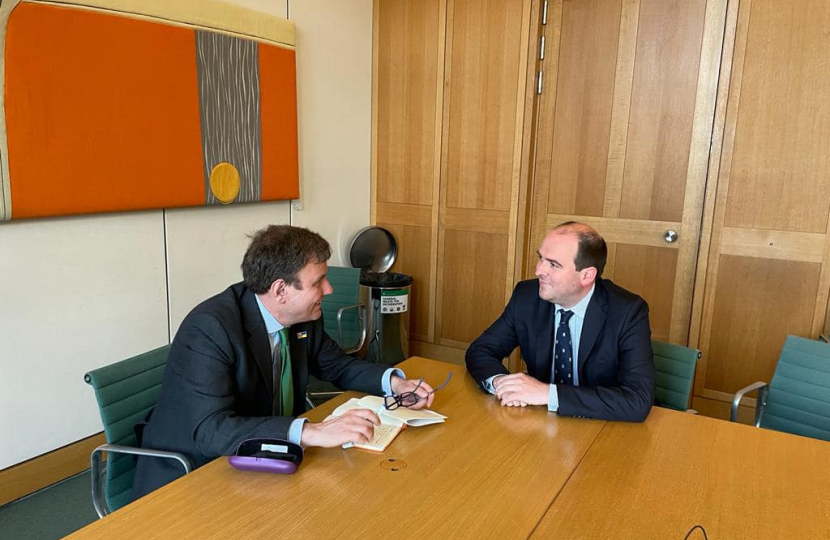 After the Business, Energy & Industrial Strategy Secretary sent a letter to the Competition and Markets Authority (CMA), they have agreed to conduct an urgent review into forecourt Pump Prices for Petrol & Diesel – as prices threaten to spiral even further out-of-control. As Richard Holden MP' s North West Durham constituents know, this is an issue he has been raising for some time.

After meeting with the Department for Business, Energy and Industrial Strategy (BEIS) Energy Minister Greg Hands, Richard Holden made clear that his constituents should not be at the mercy of petrol retailers who are quick to put prices up but slow to put them back down.

“I’m glad that BEIS ministers have now requested that the CMA now look into pricing more broadly - and I will also be asking for localised price differentials to be examined too to make sure that local differences between supermarkets are examined too. Whether you are from Consett, Tow Law, Fir Tree, Helmington Row, Lanchester, Stanhope, Wolsingham and Howden-Le-Wear, my constituents in North West Durham should not be at the mercy of their geography.”