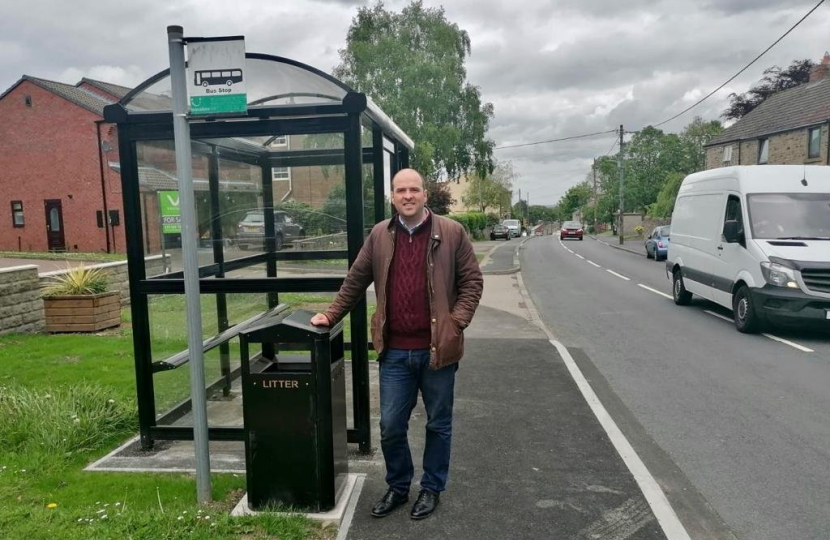 Richard Holden's Good News Story of the Week concerns a bus stop and shelter in Hunwick.

"Every summer I do my 'summer surgery tour' and invite constituents to meet me where they live. Last year I visited around 100 locations in towns and villages across North West Durham.

"One of those was in Hunwick. When doing my surgery at the The Joiners Arms Hunwick, several people mentioned to me the poor location of the bus stop and shelter on the northbound side of the road in the south of the village. It was about 20 feet from the side of the road and against a wall, had poor disabled access, was obscured from the road itself by a hedge. Several residents said they couldn't both stay covered and keep an eye out to hail a bus when it rained too.

"After a campaign and a good deal of lobbying of Durham County Council I was delighted to be able to inform residents that the new bus stand is now in place.

"Keep an eye out for details of my summer surgery tour 2022 - details will come next month!

"And as an aside point - I know a lot of people have got in touch recently about bus route changes. At the moment there is an ongoing discussion between the bus companies and Durham Council over support for certain routes and when this is finalised I will update further."