Richard Holden: Our NHS is too important to be kicked around like a political football 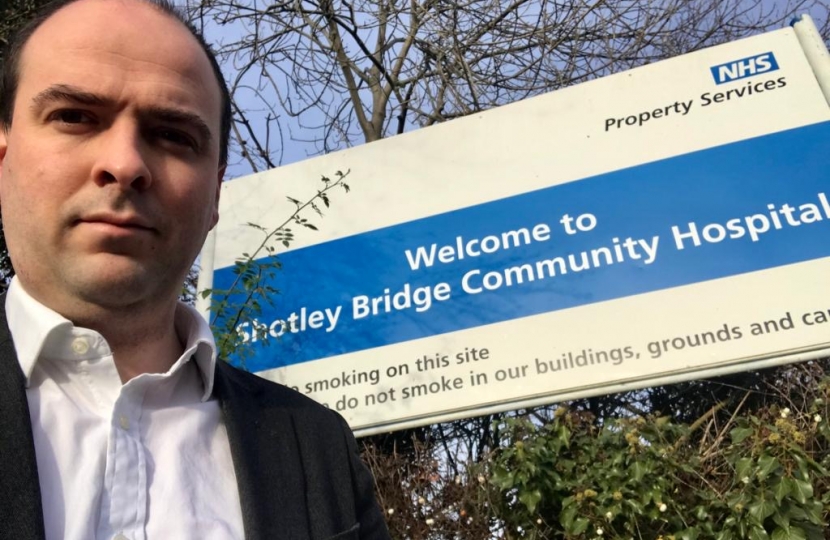 I have received a few comments online from constituents linking to incorrect and misleading articles asking about regular Coronavirus testing for NHS staff.  This is a party political attack from the Labour which, if you scratch the surface, has everything to do with playing politics and very little to do with stopping the spread of Coronavirus or protecting NHS staff and patients. It’s an attempt to distract from the great news that was announced this week that there are now 12,000 more nurses than there were at this time last year – a really important move towards hitting the manifesto commitment I was elected on by the people of North West Durham to get 50,000 more by the end of this Parliament -  you can read about this and the increase in doctors in the North East here.

I want to make one thing crystal clear that I of course support testing of NHS staff – I've backed the massive expansion of testing throughout the global Coronavirus Pandemic. It’s crucial that those who are working so hard to protect us and our communities are provided with the testing and support they deserve. I have backed the NHS Funding Bill which will in Parliament – this Bill will ensure that Government spending on the NHS will be £148.5 billion a year by 2024, which is billions more than what is currently being spent on it and am working on getting a replacement to Shotley Bridge Hospital so that our local NHS thrives and works for our community (read about this here and here).

The vote that took place was during an Opposition Day debate this week – votes that take place on Opposition Days are not binding (they never are or can be) and so whatever I had voted for would have had absolutely zero impact on the way current testing is being carried out – every single MP could have voted for it and it would have not made any difference.

The UK currently has the capacity to carry out 200,000 tests a day for key workers and NHS staff. ANY member of the NHS who has symptoms gets a test and staff who are in contact with people who are ill, or working in an area where there’s an outbreak of the virus get tested. The Opposition Day debate and motion proposed that the Government should regularly test every single member of the NHS AND all social care staff – this is nearly 3 million people and would mean doubling our daily test capacity. This would not be a helpful policy. There are staff in the NHS who have loads of face to face contact with patients and there are staff who have zero face to face contact – not everyone needs a test and it means that resources end up getting wasted where other people may need them.

Not only was the motion proposed impractical, it ignored all the scientific evidence that we have about testing. Regular testing of staff who are working with patients or in wards is sensible and has a huge benefit on those who are receiving the tests and those who are measuring and monitoring the virus. Regular testing of staff in the NHS who work remotely or in an office setting is unhelpful and not needed. The testing approach has been determined by the Chief Medical Officer and clinical experts – the Government is listening to their advice and acting on what they say to do, as well as constantly reviewing ALL the evidence we have.

I will always back our NHS and its staff – like I did when I voted for record funding increases earlier this year, meaning the NHS will have an over £33bn rise in its annual budget (over £20bn after inflation) by 2024.  I know how important it is to the UK and I know how hard those in the NHS work to keep us all safe. My mum works in a hospital and I know first-hand how much work those in the NHS do and how vitally, vitally important it is to protect the NHS. This vote was Labour trying to score political points, ignoring the scientific evidence that we have and ignoring how effective the current testing system is. I voted for what I know will help the NHS and its staff – making sure resources are prioritised and used where needed so that staff, patients and our communities are kept safe.