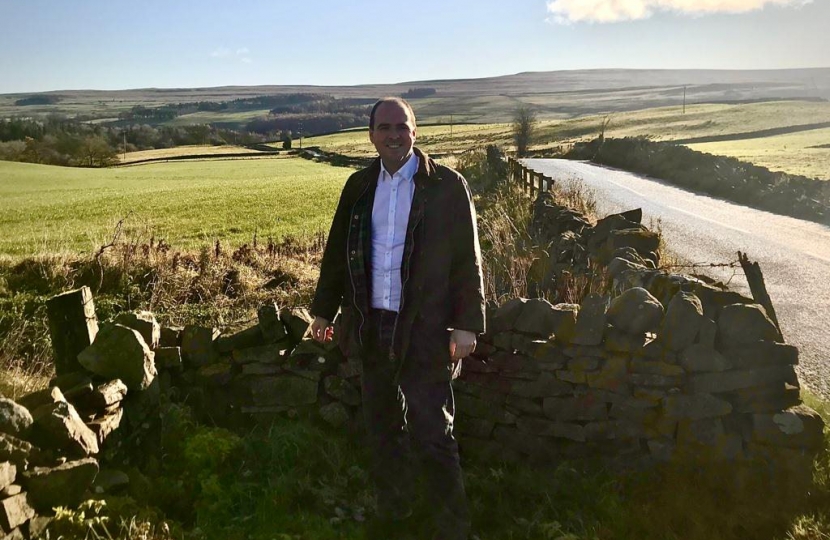 Richard Holden, MP for North West Durham, has successfully resolved a serious constituency issue.
Earlier this year, Michael contacted Richard regarding the renewal of his driving licence. Once coronavirus hit, Michael was unable to get through to the DVLA by email, phone or writing, which left him with no valid driving licence and no means of progressing his application with them. He also received a tax renewal document for his car which he was unable to drive.
Richard and his office contacted the DVLA on Michael’s behalf, flagging that he had tried to contact them and had followed the correct procedures when applying for the renewal of his licence. Michael was extremely concerned that he would not be able to drive his car and the inconvenience this would cause him. The DVLA initially acknowledged that the pandemic had led to an increase in the time applications were taking to be processed.
The DVLA then confirmed that, following the involvement of Richard’s office, Michael’s licence had been renewed and he would be able to continue driving.
Commenting, Richard said:
“I am absolutely delighted that my office was able to assist Michael with his issue. Michael had taken all the right steps but, due to the pandemic, was left unable to resolve the issue and I know that a number of my constituents have had trouble getting through to the DVLA.
“Being left unable to drive is a huge inconvenience, especially in our rural areas in North West Durham, and I am so pleased that we were able to ensure that Michael is able to continue driving and get the resolution he wanted.
“I will always help my constituents with any issue they may have and will do my best to ensure that people always get the support and assistance they deserve and need. If you have anything you would like assistance with, please do get in touch and I’ll do all I can to help."

Parliament does not normally sit on Fridays, so that Members of Parliament (MPs) can go back to their constituencies.