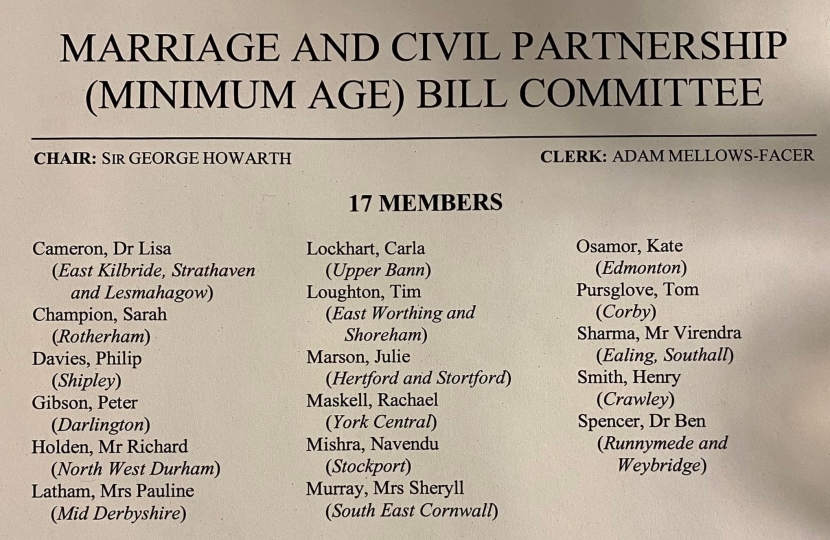 Richard Holden MP Joins Committee For a Bill Which Would End Child Marriage in the U.K.

This law will end child marriage in England and Wales, including making under-18 non-registered so called ‘religious marriages’ illegal too.

This was something Richard did a constituency survey and the measure had overwhelming support, and as such is happy to support this private member’s bill on its path to becoming law.

It will be a huge help to many young people, especially women and girls, who currently find themselves in very difficult situations and under a huge amount of pressure currently.

Scotland and Northern Ireland should follow suit as should other administrations worldwide.