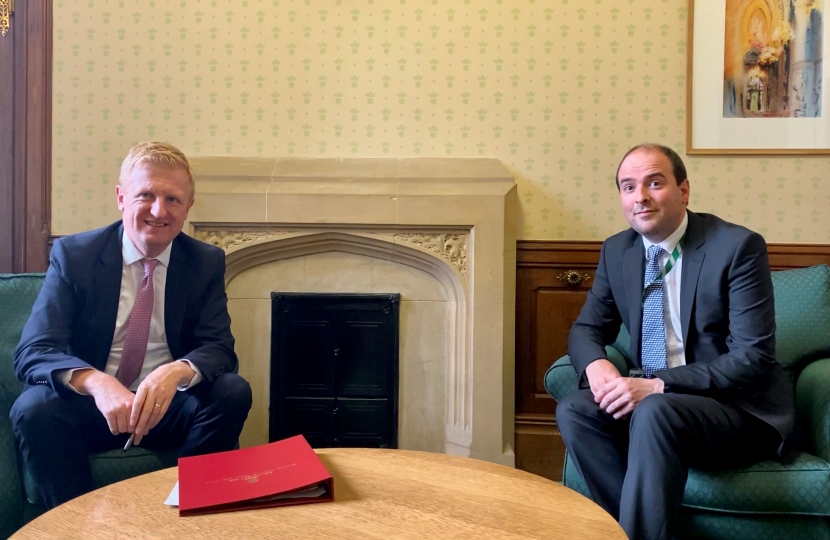 Richard Holden, MP for North West Durham, has spoken in the House of Commons about the final of the FA Vase, at which Consett will be playing. You can watch him speak here.

Last weekend, AFC Consett made it to the final of the FA Vase, due to be played at Wembley Stadium, which has capacity for 90,000 fans, on the 27th September. It has now been announced that only 250 tickets will be made available to Consett fans, which will enable Wembley Stadium to ensure social distancing and put practical hygiene measures in place.

This decision was taken in light of the Government’s new guidelines which state that people will no longer be able to meet in groups of more than six people from Monday 14th September, due to an uplift in coronavirus cases. This new guidance will help to control the virus and keep people safe. You can read about the new guidelines here.

Richard has previously written to both the Chief Executive Officer and the Chairman of the FA to seek clarification about how many tickets would be made available for fans.

Speaking in the House of Commons during Business Questions, Richard stated that the guidelines have led to ‘significant reductions’ in the number of fans allowed to attend the game. He asked the Deputy Chief Whip whether the number of fans allowed to attend could see a ‘flexible uplift’ if the situation allows it to, and also asked him to push for a General Debate on the contribution of local football teams to their communities.

Richard has also met the Secretary of State for Digital, Culture, Media and Sport to discuss the final, as there were fears that the final would be cancelled completely and played behind closed doors. The Secretary of State pushed for the game to go ahead and argued that, at the very least, limited spaces should be available for fans, many of whom are longstanding and have supported their local clubs for years. Richard requested that the game not be played behind closed doors, and has also requested that, if the situation changes, more tickets be made available even at short notice.

“I am genuinely absolutely gutted that so few tickets will be available for the final. I’ve done everything I can to ensure that the final will be going ahead, and that some fans will be able to go, and I am crossing my fingers that the situation changes, enabling more people to make the trip to Wembley.

“It is right that the Government have implemented the new guidelines – they’re there to keep us all safe – but I am really sorry that they will impact on so many of Consett’s supportive fans, many of whom have supported the club for many years.

“Consett did absolutely brilliantly and I am so pleased I got to watch them win the semi-final. I will not be applying for a ticket for the final – as desperate as I am to go, it doesn’t feel right taking a ticket off someone else and I really hope that everyone lucky enough to get a ticket has a fantastic day out.

“I will continue to work with the Government, the FA and the local team and my constituents on this. If any changes are made to the legislation and more tickets are made available, I will update you all.”