Richard Holden speaks about the transition period in the House Commons 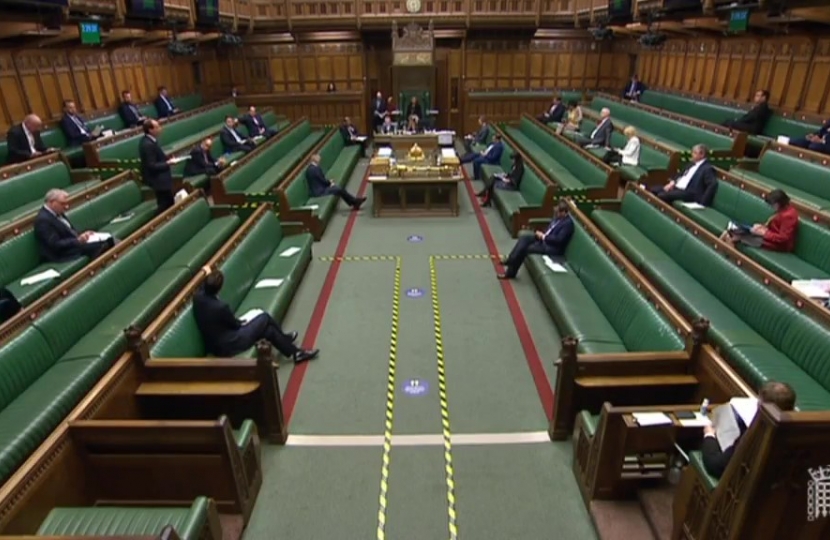 Richard Holden, MP for North West Durham, has today spoken in the House of Commons to question. the Minister for the Cabinet Office. You can watch Richard speak here.

During a statement by Michael Gove MP, the Minister for the Cabinet Office, on Preparations for the end of the transition period, Richard stated that the Government was elected with a mandate to Get Brexit Done, and that constituencies like North West Durham, which have never before voted Conservative, voted for Richard in order that their 2016 votes be respected. Richard asked for confirmation that the transition period will not be extended beyond the 31st December 2020, stating that this will give businesses clarity and will respect the will of the people in North West Durham.

Responding, the Minister for the Cabinet Office confirmed that there will be no extension to the transition period and described Richard as a ‘brilliant advocate for Consett and the whole of his constituency’.

“I am delighted that the Minister has today confirmed that the transition period will have no extension. Any extension would be in direct contradiction to what we have promised the country.

“The British people voted to leave the EU over four years ago, and we finally got Brexit done at the beginning of this year. After an uncertain year, not extending the transition period means that businesses across North West Durham and the rest of the country get some certainty.

“Most importantly, this Conservative Government is acting on the will of the people and making sure that the result of the 2016 referendum is enacted. I thank the Minister for his response to my question.”