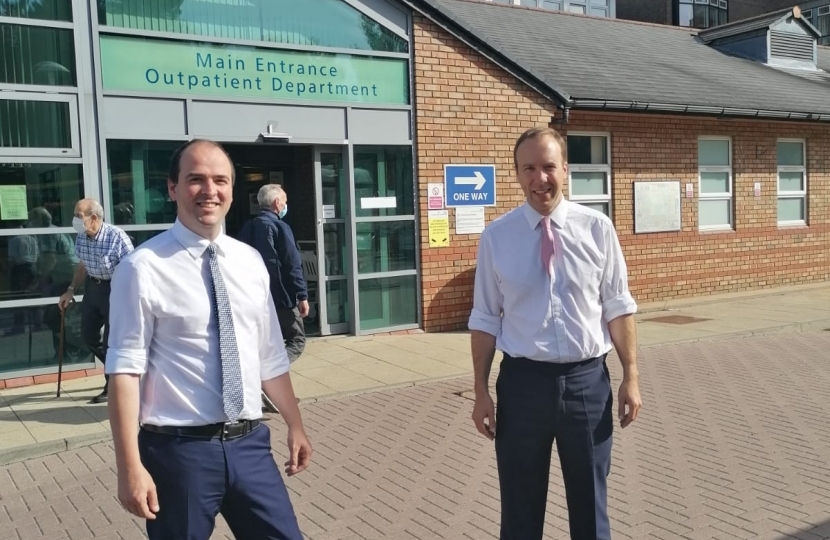 Richard Holden, MP for North West Durham, has spoken in the House of Commons in a Debate on the Future of Shotley Bridge Hospital. You can watch Richard speaking here.

In the debate, Richard spoke about the history of Shotley Bridge Hospital, what the constituency now needs in terms of healthcare and what his campaign has been focusing on. He also invited the Minister of State for Health to visit Shotley Bridge and the Minister confirmed he would be delighted to visit. He questioned what healthcare the new hospital will offer and where in North West Durham it will be based.

“I am delighted that I had another opportunity to speak about Shotley Bridge Hospital in the House of Commons. Getting new and improved healthcare for my constituents and the wider North East is something I am really passionate about and I’ve been working incredibly hard on this.

“I want to thank the Ministers in the Department for Health and Social Care for working with me on this – I am delighted that Matt visited and very much look forward to hosting the Minister of State for Health.

“I promised my constituents that I would level up healthcare in North West Durham and make sure that the health services we have are those that we need – I am so pleased that I am delivering on my promises.”