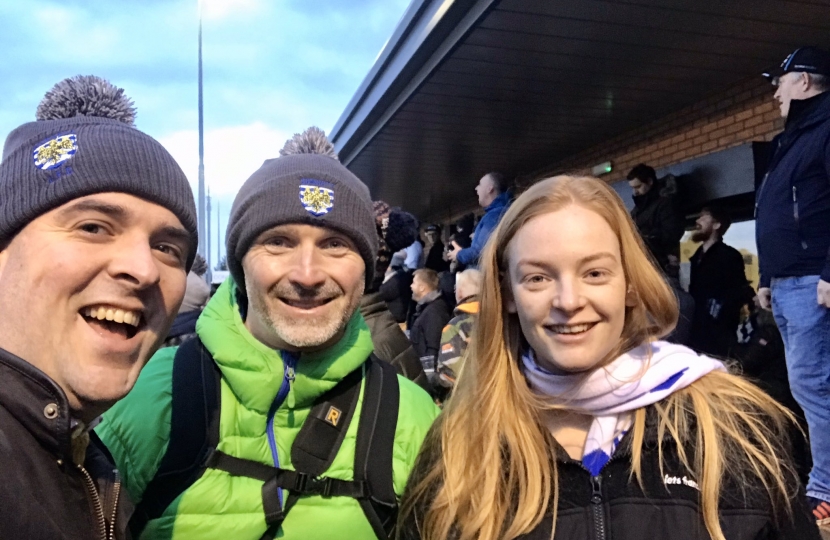 Richard Holden, MP for North West Durham, has spoken out against plans that have been established to set up a European Super League (ESL) for football.

Arsenal, Chelsea, Liverpool, Manchester City, Manchester United and Tottenham are among 12 European clubs that have agreed to join the ESL. Also included in the ESL are AC Milan, Athletico Madrid, Barcelona, Inter Milan, Juventus and Real Madrid. Under the plans, there will be midweek competitions with the inaugural season set to start as soon as possible. A further three clubs will join the ESL. JP Morgan is giving £3.6 billion in funding to the league, with individual clubs set to receive £200-£300 million each.

Unlike other competitions and leagues, which have qualifying rounds, the ESL will have the same fifteen teams permanently, with a further five teams able to qualify on merit each year. Fifa has expressed its disapproval of the plans and Uefa has warned that players could be prevented from representing their national teams. Uefa has also issued a statement with England’s Football Association, the Premier League, the Spanish Football Federation and the Italian Football Federation setting out that they will use ‘all available measures’ to prevent the plans being put into place.

Prime Minister Boris Johnson has also criticised the plans, saying that the news is ‘very damaging for football’. The Football Supporters’ Association went further, stating that the plans are ‘motivated by nothing but cynical greed’. A number of former and current footballers have also hit out at the plans, and 79% of football fans are opposed to the idea of the ESL. Jurgen Klopp, manager of Liverpool, has stated that he does not agree with the move and pointed out that neither players nor managers of many clubs in the UK were consulted about the proposals.

“The plans to create the ESL are absurd – all these plans would do is create a perpetual elite that entrenches a very privileged few, whilst ignoring the rest of the clubs across both the UK and Europe, the rest of the championships and, most crucially, the fans.

“The plans are driven by money and would destroy domestic leagues. It’s ridiculous to have a football championship that is not based on the merit of the clubs or how well the players perform, but one that shuts out much of the football world by having a group of permanent clubs. As fans have pointed out, the clubs should earn their places in the championships.

“The plans hurt fans more than anyone and those who came up with the plans to establish the ESL should be seriously reconsidering whether it is a good idea. I am pleased that the Government has spoken out against the plans and our much-loved national game should be protected.”