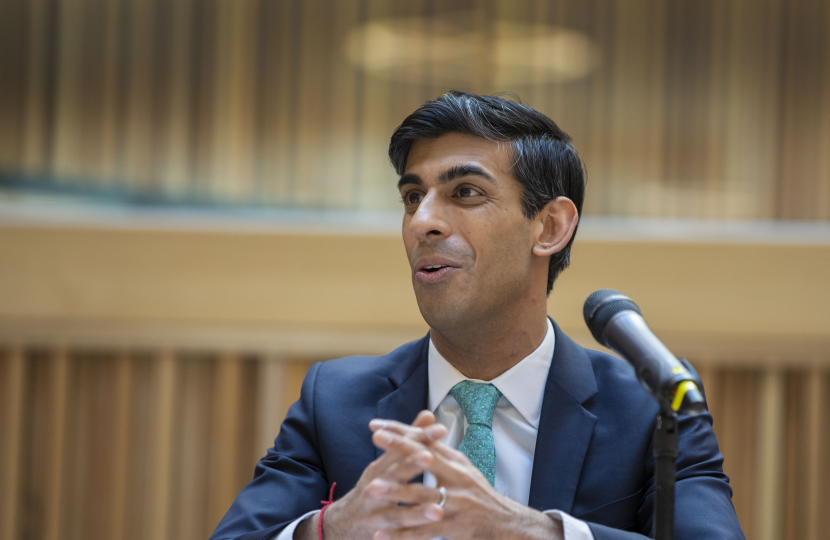 Spring Statement from Rishi Sunak offers the biggest ever reduction in Fuel Duty, National Insurance, and Income Tax Cuts coming down the line.

"I'm sure that you've started not just to notice but to feel rising prices in terms of energy but especially petrol and diesel recently following Russia's invasion of Ukraine and the huge sanctions that have been imposed.

"I've spoken to Rishi and the Treasury team in recent weeks and raised the issue. He's in a really difficult spot because rising inflation means rising interest on the Government's debt - which has jumped because of all the massive support for families, businesses and jobs during Covid.

"But, as Martin Lewis has said, Rishi has come up with some measures to really help where he can and the top three I'd like to highlight are:

"It means ANYONE in work and earning £36,600 or less will be better off, even after the National Insurance rate increase which is helping to fund dealing with the NHS backlog and then long term Social Care spending.

"Someone earning £23k or so will be c.£200/year better off following this change.

"2.) Fuel Duty is being cut by the biggest cash amount ever, 5p/litre for 12 months. This actually means 6p/litre off (because VAT is on top of duty). I know prices have soared but this will help and hopefully other nations will increase supply to help bring the price down further in time.

"I'd like to see him do more but I'm also very conscious of the fact that any loss of confidence would mean the interest rates on our debt would soar, making a tough situation even worse for public finances and ultimately for taxpayers."