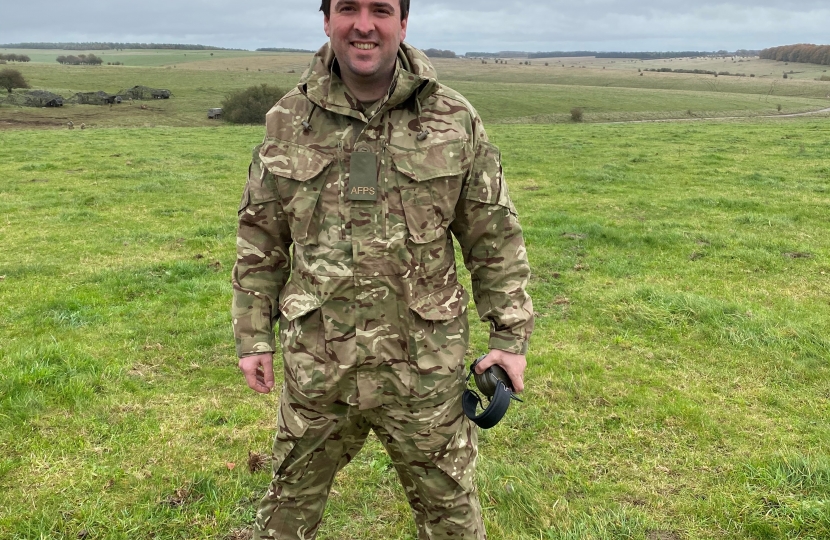 Richard Holden, MP for North West Durham, has welcomed the news that the Armed Forces will receive its biggest investment since the end of the Cold War.

The Prime Minister has confirmed that £16.5 billion will be invested into the Armed Forces over the next four years, with the total increase for Defence being a huge £24.1 billion.

The money will fund a modernisation of the Armed Forces and cement Britain’s role as a leader in NATO, as well as going towards creating thousands of jobs across the UK.

Shipbuilding will be revitalised, with a significant expansion of Royal Navy vessels planned to create the biggest surface fleet of warships in Europe. £1.5 billion will be invested into military research, including for the Future Combat Air System, which will allow the Armed Forces to work with our allies across the globe and ensure our Armed Forces remains a world leader in the military world.

Funding will also go towards improving the daily lives of the men and women of the Armed Forces, whether it’s towards childcare or living conditions, to ensure that their health and wellbeing is protected.

You can read more about this here and here.

“I worked in the Ministry of Defence when I was a special adviser, and am currently on the Armed Forces Parliamentary Scheme, so I have seen first-hand the incredible work that the men and women who are serving carry out.

“This investment will improve their lives, and enable our Defence to modernise, adapt to current threats and give us security for the future. It shows our allies we are standing with them and sends a very strong message to our opponents.

“The funding will also create thousands of jobs across the UK as we invest in shipbuilding and the aerospace industry. This Conservative Government is working to keep Britain safe, create jobs and look after our men and women who serve.”