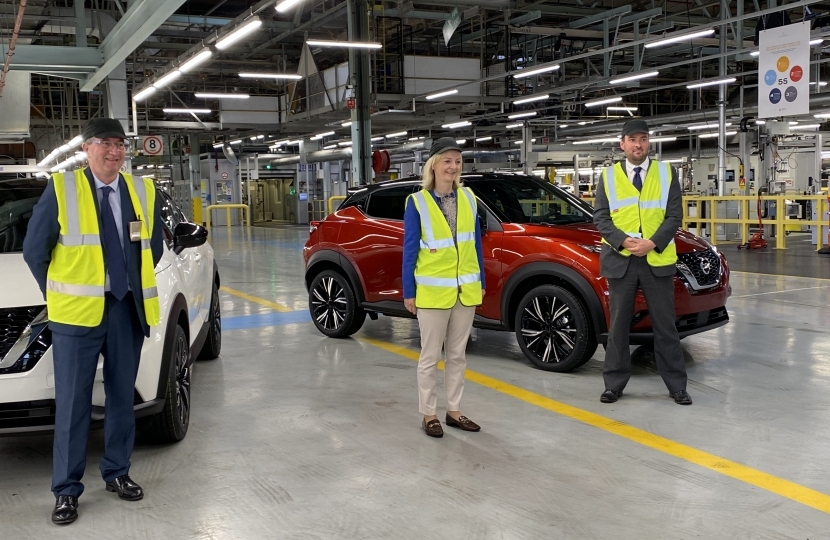 Based in Sunderland, Nissan has now welcomed the Brexit deal that the UK Government secured with the EU, with the Chief Operating Officer stating that the deal has created a ‘positive environment’ that puts Nissan at an advantage. You can read more about the Brexit deal here. Nissan is now discussing adding new models to the Sunderland site, with the Brexit deal giving it the opportunity to expand its business and manufacturing, which in turn will create jobs.

Nissan will shift its battery production to the UK going forward – some batteries for electric cars are already made at the site, but production of a new battery will be relocated to Sunderland. Under the Brexit deal, carmakers in the UK can avoid all tariffs when selling to the EU if enough parts come from another market.

Nissan has invested around £400 million in the Sunderland plant since 2016 and the plant employs 6000 in Sunderland and supports a further 27,000 UK automotive supply chain jobs, three quarters of which are in the North East.

“I am absolutely delighted that Nissan will be shifting its battery production to the Sunderland site going forward. This will create jobs and be a huge boost for the local economy. This is especially important at the moment as we start to think about an end to the pandemic with the success of the vaccination programme.

“Nissan’s move shows what a huge opportunity Brexit is – it’s an opportunity for job creation, company growth and it’s a chance for us to be a really competitive player on the world stage and focus on our domestic policy and delivering what the British people want.

“I am really pleased with Nissan’s news and I look forward to continuing to work with them.”