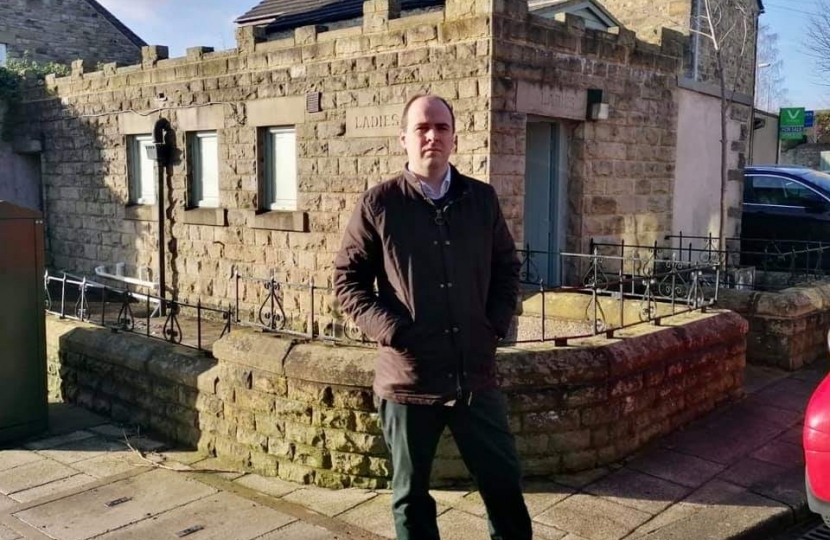 Richard Holden, MP for North West Durham, has welcomed that the Second Reading of the Non-Domestic Rating (Public Lavatories) Bill 2019-21 in took place on 18th January in the House of Lords.

As Co-Chair of the Across-Party Parliamentary Group for Local Democracy, Richard has been campaigning on the issue with the both APPG and with the Treasury. Richard spoke in the Second Reading of the Bill in the House of Commons, when he paid tribute to colleagues campaigning alongside him and raised the importance of lowering costs for councils to ensure they are not facing extra costs during the coronavirus crisis. You can watch Richard speaking here and read about the launch of his campaign here. You can also read more about his campaign here.

Richard has now welcomed that the Bill has made progress through the House of Lords and will next make its way to the Committee Stage, the date of which is to be announced.

“I am delighted that the Bill to scrap toilet tax has now made its way into the House of Lords, through its first two stages and will now go to committee.

“It’s a really important piece of legislation – scrapping business rates for loos would free up money for local communities and ensure public loos remain open. Public loos are vitally important, whether for parents with children, people with hidden disabilities or anyone who needs access to them to feel they can go out into the community in comfort.

“I will continue to monitor progress of this Bill and look forward to seeing the legislation take the next step to becoming law.”