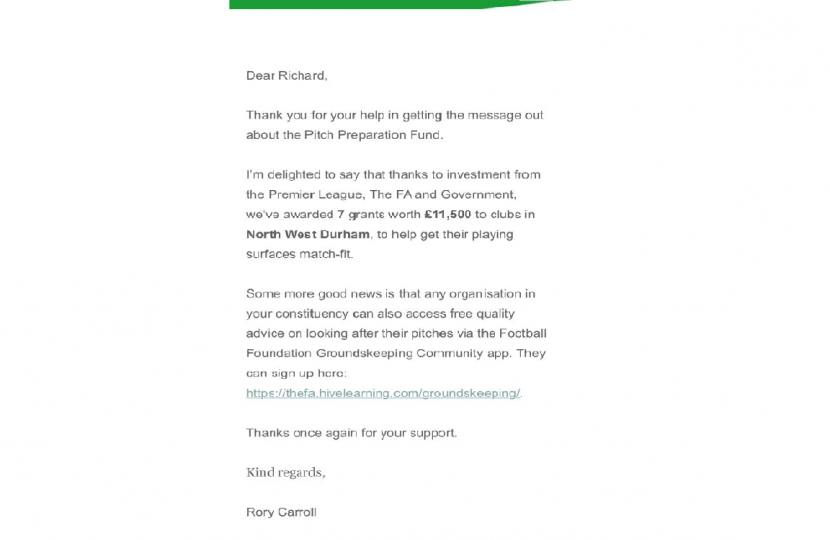 Richard Holden MP has welcomed the news that seven local football clubs will share £11,500 in grants from the football foundation.

Earlier this week, Richard got the news that Tow Law, who've had a really big issue with subsidance were the first local club to get support - with £1,500 arriving in their account this week. You can read more about that here.

This funding follows representations made by Richard to both the Sports Minister and to the Football Foundation - which you can read about: here.

Richard also welcomed the news announced today that Durham Council is using £1,800 of the over £33,000,000 it has been given by the Government to help Tow Law AFC too via the Three Towns AAP.

"It's been fantastic to see the thousands raised by fans of Willington, Tow Law, Crook and other local clubs to help them and this extra support from the Football Foundation will be a much needed shot in the arm for local clubs facing the implications of the global Coronavirus Pandemic.

"These clubs are at the heart of the communities they serve and I'll do everything I can to fight for them to not only get through this, but thrive in the years to come."

Keep up to date with how Richard's campaigning in our community