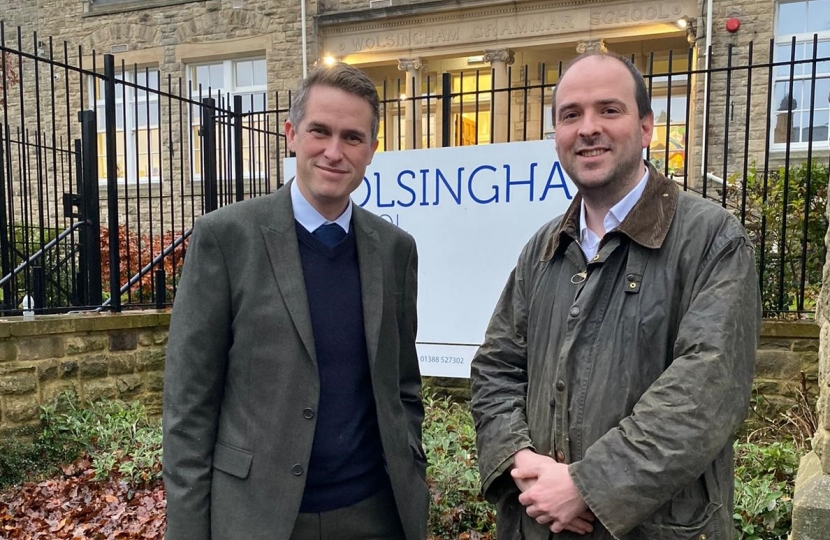 Richard Holden, Member of Parliament for North West Durham, has written to the Secretary of State for Education regarding the status of Wolsingham School Sixth Form.

Richard is campaigning to keep the sixth form in its suspended status to ensure that the possibility of reopening it in the future remains. Richard is working with local residents and parents to campaign for the sixth form. He has already held meetings with the Trust, the Head of Wolsingham School, The Chair of Governors, and the Regional Schools Commissioner and the Education Secretary. You can read about Richard's campaign launch here.

As part of his campaign, Richard launched a constituency survey on the issue. Receiving hundreds of local responses to his survey, Richard has written to the Education Secretary, flagging that there is ‘incredibly strong feeling locally’ about the Sixth Form and that 98% of people surveyed back Richard’s campaign that the Sixth Form remain in its suspended status, keeping the option of re-opening in the future there, rather than close it. You can find the survey here.

“It would be a huge mistake to move Wolsingham Sixth Form from its suspended status to a formally closed status – it would go against the wishes of my constituents and limit future options.

“I urge the Education Secretary and Regional Schools Commissioner to listen to my constituents. I will continue to campaign to level up education in North West Durham and ensure that all our young people have the opportunities that they deserve.”