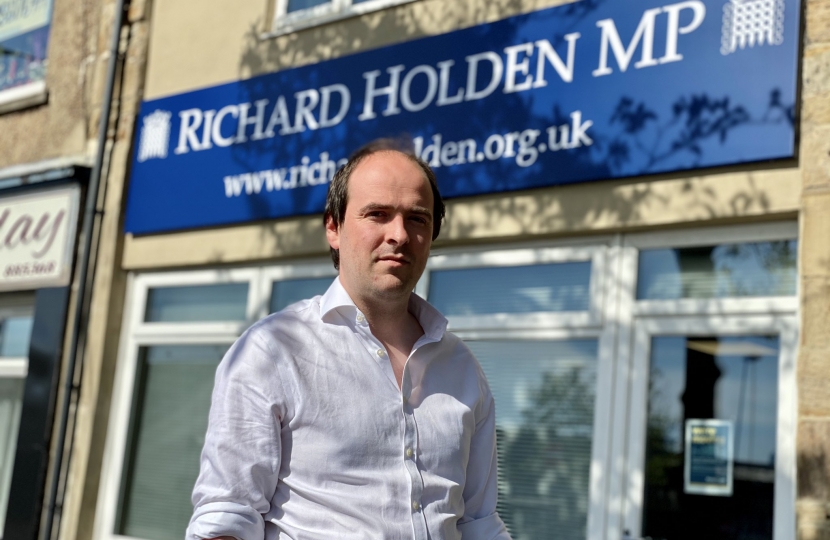 Richard Holden, MP for North West Durham, has written to the Post Office regarding the Wolsingham Post Office’s temporary closure.

From 1st February 2021, the Wolsingham Post Office will be temporarily closed. It is currently located in the SPAR shop in Market Place, but the shop will be closing, leaving the Post Office without immediate premises to relocate to. A number of constituents have written to Richard with concern that the community will be left without a post office.

In a letter Richard received from the Post Office, they stated that they are keen to restore services in the area as soon as possible and would welcome any applications from potential retail partners interested in running a local branch. The vacancy is currently being advertised on their website – www.runapostoffice.co.uk. They have stated that the post offices in Frosterley and Tow Law remain open and will continue to operate.

Richard has now written to the post office, stating that it currently provides an essential service to local people, and stressed that residents are keen that a new post office is established at a permanent site as soon as possible. Richard has been in touch with the local town council already and is happy to support any local initiative that could take over the franchise to ensure that the area gets a new post office in the near future.

“I know what an essential service the Post Office provides in Wolsingham and the surrounding area. Through the post office, people are able to access a wide range of key services, including paying bills, sending and receiving postal orders, pension payments and other benefits, and it is an especially needed service for many of our elderly and vulnerable residents.

“I have written to the post office to stress the importance of another permanent side being established for the post office in the area. I am aware that the Parish Council and other town residents have contacted them to suggest specific premises that may be used, and I encourage the post office to consider all options.

“I have worked with the Post Office previously on some of my successful constituency campaigns and am looking forward to working with them on this. I will continue to engage with local residents and the post office to ensure that any new site works for the local community.”

If you have any suggestions for a potential premises, please email Richard at richard.holden.mp@parliament.uk and he will be able to pass this on to the post office on your behalf.